Phuket prepares to celebrate Her Majesty the Queen’s birthday

Phuket prepares to celebrate Her Majesty the Queen’s birthday

PHUKET: Preparations by Phuket government officials are underway for the birthday celebration of Her Majesty the Queen Suthida Bajrasudhabimalalakshana on Friday (June 3). 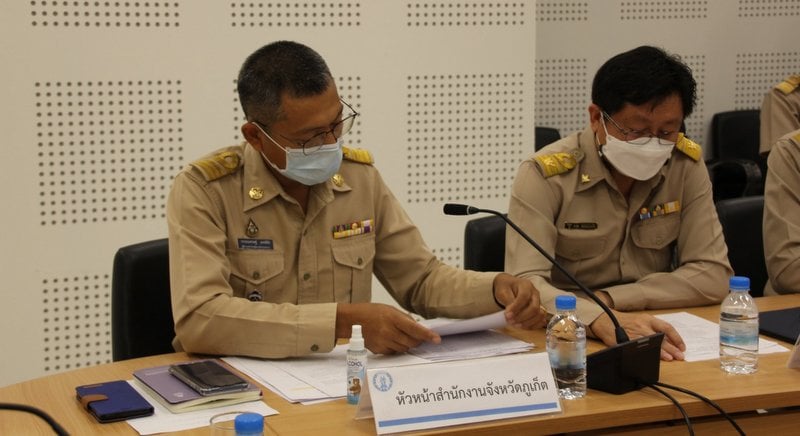 A meeting was chaired by Deputy Governor of Phuket Amnuay Pinsuwan at Provincial Hall yesterday (May 30) to outline and detail proceedings.

It was confirmed that at 7am on Friday, a merit-making ceremony is scheduled to take place for royal merit at Provincial Hall.

All participants must adhere to a specific dress code that sees civil servants and employees of the state wear normal white uniform without a hat. Similarly, police and military personnel must wear white uniform and gloves but no hat.

Wandee Woonciew, wife of current Phuket Governor Narong Woonciew and President of the Interior Housekeeper of Phuket Province, will wear a purple Amarin dress, as is customary.

Royal volunteers must wear their designated uniform and students the uniform from their respective organisations.

At 5:30pm there will be a ceremony of royal offerings where flowers will be laid at the auditorium of Provincial Hall and auspicious blessings made.

For this ceremony the dress code is the same as above other than civil servants and employees of the state must wear normal white uniform with a hat and police and military personnel must wear white uniform, gloves and a hat.

Members of the public are permitted to attend the 5:30pm ceremony but must wear purple attire. There is the additional option to wear a pin commemorating the 60th birthday of His Majesty the King Maha Vajiralongkorn Bodindradebayavarangkun.

Attendees are also asked to wear a white facemask or white cloth mask for the ceremony.

Friday is declared a national holiday to honour the Queen’s birthday and, as a result, all government offices will be closed, except those conducting essential services.

Although the sale of alcohol on the Queen’s Birthday is not prohibited by law, police traditionally encourage people to refrain from drinking alcohol on such auspicious days as a sign of respect.