PHUKET: Anti-war protesters comprising Russians and Ukrainians gathered at Patong Beach to hold yet another peaceful demonstration today (Mar 2), calling for Russia to withdraw its troops from Ukraine and bring an end to the invasion that has so far cost at least 200 civilian lives, including children.

RussianUkraine
By The Phuket News 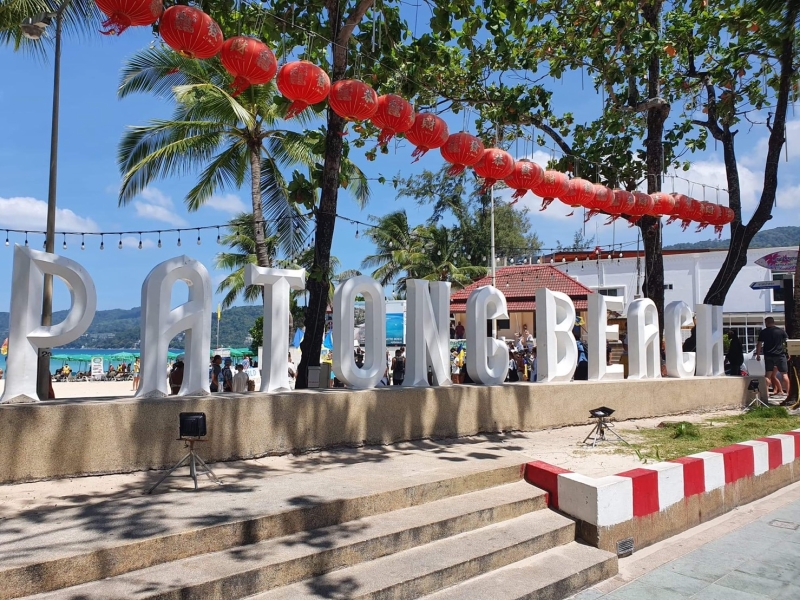 The protesters today carried signs emblazoned with slogans such as “Stop Putin, Stop War”, “Hands off Ukraine”, “NATO should close the sky over Ukraine” and “Putin War Criminal”.

The protesters gathered at the white Patong Beach sign near the police box at the end of Bangla Rd. The site is popular among tourists to take photos.

Police and soldiers were present to ensure the demonstration was held peacefully.

Six days since Russian forces launched their invasion last Thursday (Feb 24), Prime Minister Prayut Chan-o-cha still has yet to publicly denounce the invasion in person, instead maintaining that Thailand is to remain “neutral” in what is referred to only as a “conflict” and “crisis”.

The move to remain “neutral” comes as the invasion draws increasing condemnation by world leaders around the globe, bolstered by support of hundreds of thousands of people joining mass protests against the invasion worldwide.

Of note, state news agencies themselves have called the incursion into Ukraine by Russian troops an “invasion”.

Russian troops today have continued their assault on the Ukraine capital of Kyiv amid confirmed reports of the Russian military is using cluster bombs on civilian areas.

The United Nations Human Rights Office (UNHRO) reported earlier today that at least 136 civilians have been killed, including 13 children, and 400 have been injured since Russia invaded Ukraine last week.

“The real toll is likely to be much higher,” Liz Throssell, a spokesperson for UNHRO, told Reuters.