Phuket Opinion: The urgency of need

Phuket Opinion: The urgency of need

PHUKET: Our new Phuket Governor Narong Woonchiew being told earlier this week that going “back to basics” by relying on the island’s natural attractions to initially draw tourists back to the island was a funny punt. Right now, Phuket has nothing else to offer.

opinioneconomicsCOVID-19tourismcharity
By The Phuket News 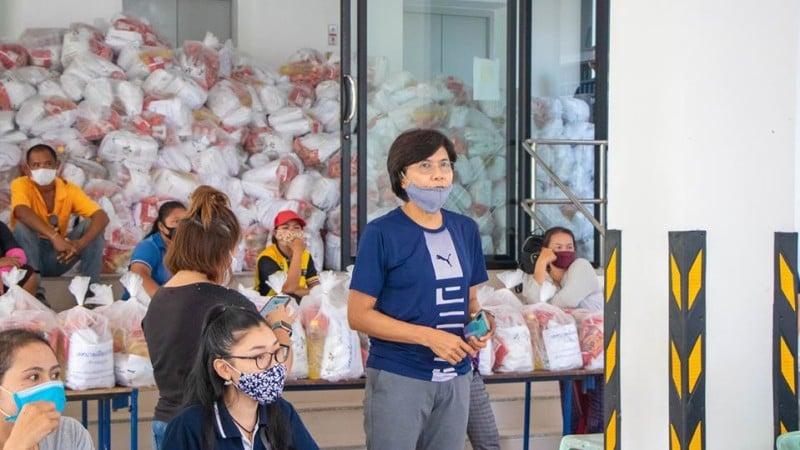 In true irony, however, it has been the lack of tourists that has helped our natural attractions recover to the best condition they have been for years, except for the flotsam of trash and marine debris that keeps washing ashore our beaches this time of year.

All eyes are on whether or not the ban on inbound international commercial passenger flights will be lifted this coming week. Without the airport, businesses on the island have very little chance of even starting a recovery. Yet, whether bars and pubs will be allowed to reopen will be the true test. They are the most social of venues, and curtailing transmission of this disease is deemed paramount.

Debate continues online over whether or not bars and pubs should be allowed to reopen. One strong argument is that the risk of transmission at bars and pubs is no greater than at other venues already allowed to reopen. That may be so for venues whose regulars are local residents, but just as valid is the counterargument of keeping them closed in the hope of preventing a second wave of infections as the greater threat will be from new arrivals on the island, exactly the key clientele that main tourist areas have always relied on.

The first countries to reopen their borders are already experiencing severe repercussions as they each experience their own “second wave”. Natapanu Nopakun, Deputy Director-General of the Department of Information and Deputy Spokesperson of the Ministry of Foreign Affairs, made it very clear on Friday that the Center for COVID-19 Situation Administration (CCSA) at Government House in Bangkok is watching the situation abroad closely, and taking this into consideration in their decisions on when, and by how much, Thailand is to reopen to visitors.

“Even though we have 32 days of no domestic infection, it does not mean that we are safe and far and worry-free from COVID because there’s always the possibility of a second wave of infection,” Mr Natapanu said on Friday.

“As you see in the news and as the spokesperson had recapped many times a number of countries have already been entering the second wave already despite the precautions despite the all the excitement of having a low cases,” he cautioned.

Key officials in Bangkok set the pace for lifting restrictions months ago. Slow and steady they have chosen, and certainly not out of step with the international community. There have been no sudden moves, and there are no expectations that will change this week. They can of course try to look good while they’re at it, say by allowing limited international flights to return in full knowledge that the number of people arriving – given the set conditions the visitors must abide by – will greatly reduce the risk of inbound infections.

But what they must keep in mind is the damage being done with each passing day that “slow and steady” rules the rolling out the B1.9 trillion stimulus to aid the ailing economy. Thai bureaucracy is a behemoth, and it has already taken months to arrive at the point now that the government is “screening” applications for assistance. At the current pace of delivering the fiscal aid, by the time any of it arrives in any usable form to stimulate anything far too many businesses will have been killed off by red tape, not the virus.

The next month will be crucial for businesses on the island, if their owners and operators still have intentions of reopening. The layoffs are starting to bite even harder, and the longer this situation draws out, more attention must be given not only to food security and the physical welfare of those left dependent on handouts to get by, but also to their mental state. That aspect of the suffering has simply been left unattended.