PHUKET: It’s been a busy week as the island has been shut down bit by bit, and yet to culminate with the shutdown of the airport come April 10, a move many people say is already too late. But by that time, what happens in Phuket, stays in Phuket – literally.

opinionCOVID-19Coronavirushealth
By The Phuket News 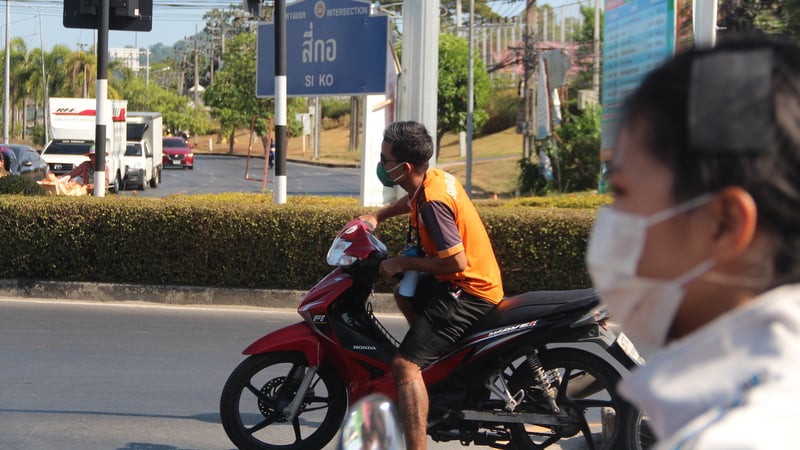 The level of personal responsibility for safety understood among people living in Phuket is difficult to assess. Photo: Tanyaluk Sakoot

The moves to shut down businesses and venues that naturally create people traffic flow has been well supported, yet several other moves have been branded as overkill, such as the closing of public recreation areas and the beaches. This has not yet had any consequences, but leaving a house-bound population nowhere to go for mental reprieve other than a likely high-risk 24-hour convenience store can within weeks can turn people stir crazy. Other countries, the UK and Sweden for example, have recognised this and allow people to go to parks and other public areas, as long as they are not in groups.

Yet that common-sense approach will not work when the very people you are trying to protect could not be bothered to even protect themselves – and what makes the crowd on Patong Beach last week so despicable.

It’s not that the single mass congregation was most likely responsible for inspiring the move to close our beaches at the expense of any other common-sense folk, it was the sheer lack of responsibility for the care of others. If people want to risk themselves, that is their concern, but such people have shown no regard for whoever the disease might reach.

As with those arrested at the rooftop pool party in Patong earlier this week, a couple of young friends at the party might later become infected, fall ill for a few weeks and then recover, leading them to think, “So what?” But down the line they have no idea who they might later infect, and eventually whose mother or grandmother might die from exposure to the same disease that they passed on. That’s how simple this is.

As anyone who has completed basic food hygiene training knows, fully preventing any form of cross-contamination in general conditions is nigh impossible. The best you can do is reduce your chances, and that is what this is all about. Yes, you can go outside; yes, you can go to a shop or your favourite cafe or restaurant and pick up a takeaway – it’s the handling of any transmission that falls as a personal responsibility for yourself and others.

So as the island enters a shutdown for the coming weeks, if you want to know exactly who should be held most responsible for trying to prevent the spread of the disease, just look in the mirror.