PHUKET: Phuket is about to find out whether or not the rich and influential will be held just as accountable as anyone else for endangering public safety.

opinionpatongCOVID-19Coronavirushealthcrimepolice
By The Phuket News 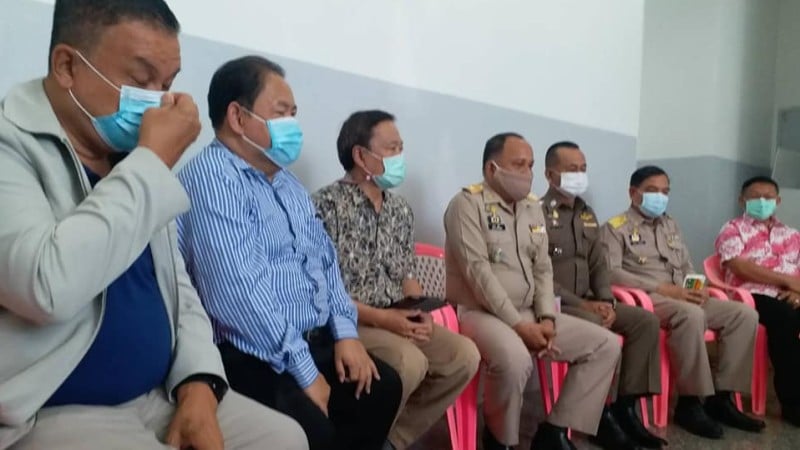 Phuket Governor Narong Woonciew (centre) leads the gallery forced to face the press over the latest wave of infections at the Indoor Sports Stadium at Saphan Hin on Saturday (Apr 10). Photo: PR Phuket

Maj Gen Pornsak Nuannoo, Commander of the Phuket Provincial Police, on Saturday confirmed hat legal action was being taken against the operators of the three entertainment venues that hosted the mass parties last weekend: Illuzion nightclub on Bangla Rd, Shelter club also in Patong and Cafe Del Mar in Kamala.

“At the moment, a complaint already has been filed against all three entertainment establishments under the Disease Control Act, and officers are in the process of investigating all relevant parties,” he said.

Let’s put that in perspective. With every provincial order that has been issued in the name of protecting the public, the order has contained the penalties for breaching the order. The orders are also signed by the Governor.

Officials have repeatedly warned that being caught breaching such orders – including say the previous orders banning on restaurants selling alcohol after midnight or more appropriately the ban on holding any events of large gatherings for New Year – may be punished under Section 51 of Disease Control Act 2015, which incurs a fine of up to B20,000, or under Section 52 of the act, which invokes a penalty of up to one year imprisonment or a fine of up to B100,000 or both.

Maj Gen Pornsak did not even mention the other standard penalty included with every provincial anti-COVID order: “Those found breaching the order will also be charged under Section 18 of the Emergency Decree on Public Administration in Emergency Situations B.E. 2548 (2005), which invokes a penalty of up to two years imprisonment or up to B40,000 or both.”

No one believes for a second that anyone is going to jail for holding the mass parties, which at this stage leaves the highest penalty standing at a fine of B100,000 per entertainment venue. In the heyday of pre-pandemic partying on Bangla, some venues paid that much as their unofficial tax for just one month. Others paid more.

Phuket Vice Governor Vikrom Jakthee has publicly expressed his history of harsher punishments within his purview. “From now on, if we find any operators violating the control measures, we need to decisively take action on them. We have arrested owners and ordered two venues to be closed for five years. We have also ordered many operators to close their venues for 15 days and one month,” he said on Thursday.

He has even been proud of making sure that COVID regulations are observed in his traditional stomping ground of Phuket Town.

Yet, the west coast of Phuket seems to be a little too far for Provincial Hall justice to be observed. The upper echelons of of provincial administration can plead ignorance, but there is no way these parties went ahead without local authorities knowing.

Holding mass events of this nature, in this fashion, was nothing short of greedy, stupid and irresponsible.

Now everyone else will pay the price.