Phuket New Year 1am alcohol reprieve for outdoor venues only

Phuket New Year 1am alcohol reprieve for outdoor venues only

PHUKET: Phuket Vice Governor Pichet Panapong has confirmed that outdoor venues only may serve alcohol until 1am on New Year’s Eve. All indoor venues must stop serving alcohol at 11pm.

COVID-19tourismalcohol
By The Phuket News 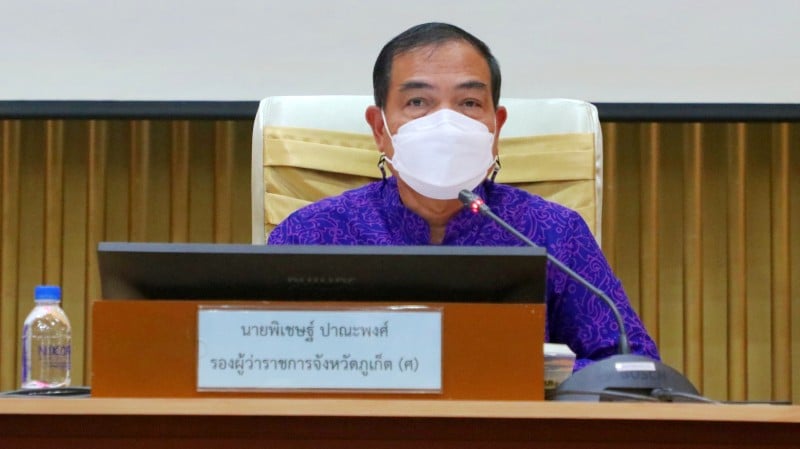 The decision was made in accordance with instructions issued by the Centre for COVID-19 Situation Administration (CCSA), noted a report of the meeting by the Phuket office of the Public Relations Department (PR Phuket).

No mention was made of the previous order issued by Phuket Governor Narong Woonciew allowing all licenced venues across Phuket to serve alcohol until 6am New Year’s Day. That order has now been superceded.

“General eateries that do not sell or consume alcoholic beverages can operate as usual at any hour. But, karaoke venues and pubs are not yet permitted to open,” he said.

The official “Amazing Thailand Countdown 2022 @Phuket” event to be held at Saphan Hin is expected to draw some 3,700 people, V/Gov Pichet noted..

“The Tourism Authority of Thailand [TAT] has already prepared disease-prevention measures," he added.

“Participants must pre-register through the online platform. This step will screen people who have been vaccinated with full doses according to the measures,” he explained.

“Everyone who has registered for the event must test negative for COVID-19 by ATK or RT-PCR test and must show the test results and their vaccination and COVID-19 history information registered on the MorProm app to the staff at the entrance and exit point for verification.

“Planned seating zones and entrance-exit points will be set up to reduce congestion, and the arrangement of amenities such as parking lots and restrooms will be discussed further by the relevant committees,” Vice Governor Pichet said.

Vice Governor Pichet repeated that Phuket remained open to receive tourists under the Phuket Sandbox scheme, in accordance with the new measures set by national authorities.

Dr Weerasak Lorthongkham, Director of Vachira Phuket Hospital, noted that over the previous few days Phuket had received on average about 4,000 arrivals a day.

Of note, Uzbekistan Airways,yesterday became the latest airline to resume direct flights to Phuket with their “inaugural” relaunch flight landing at Phuket airport at 2:30pm. The 125 tourists already approved to enter Thailand were welcomed on arrival.

Screening of arrivals at the airport is continuing as usual, Dr Weerasak assured.

However, he noted that the number of arrivals testing positive on landing was expected to increase.

“The rate of infection may increase slightly, to around 0.3%, but hospital facilities are available to support these tourists,” he said.

“In the case of four cases of Omicron that were detected [but not previously reported by officials], Phuket was able to examine and bring the infected persons into the medical process quickly. There has been absolutely no spread of the infection to the people and the community,” Dr Weerasak said.

The rate of local infections in Phuket was expected to continue to decrease until at least the end of the year, Dr Weerasak noted.

"The field hospitals have been temporarily closed, clearly indicating that the number of infections in Phuket has dropped,” he said.

“However, if there are more outbreaks in the future, the field hospitals are ready to open at any time,” he added.