When I go home to the UK, I am amazed to see so much musical creativity, with ordinary pub bands sometimes playing more of their own songs than covers. Such creativity has served us well, producing the best pop group in the world (The Beatles), the finest rock group (Led Zeppelin) and the world’s most creative solo artist (David Bowie). It is an astonishing achievement for a country of just 60 million. 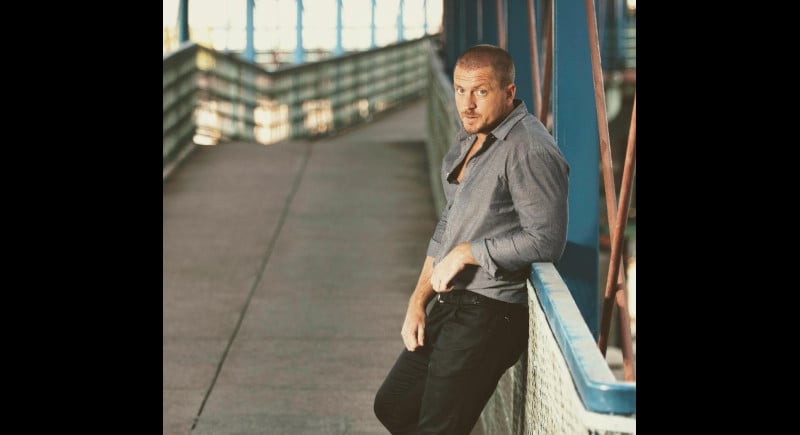 Anteo Quintavalle in the studio. Sadly, when I come back to Phuket, all I seem to ever hear played live in music venues in English are cover songs from before 1990. However, while Phuket may be trapped in something of a rut creatively, I believe there are grounds for hope we can get out of it.

Gary Crause of the Phuket Academy of Performing Arts is aware of the importance of musical creativity – no one achieves stardom playing songs by other people. Gary drills this into his students, and not just his students. I saw his son Blaze play only his own songs at the Lean On Me Festival two years back. Gary’s own band, Dark Fiber, also contributed a fine, all-original set that day with fellow local songwriter Rob Cook on guitar.

His fellow Australian musician Mike Mitchell runs a music school at his VK Studios in Cherng Talay, where he, like Gary, encourages his students to get creative. Mike won a major songwriting competition some years ago and, listening to his song Broken Wings, I can well understand why. A brilliantly-crafted ballad about an often self-destructive need to please others, such an offering can easily stand its ground on any radio station alongside Colin’s.

Colin has played for a couple of years now at the Mexican Bar in Boat Avenue, Laguna, and it’s here that he became friends with its co-owner, Anteo Quintavalle. Anteo asked Colin to help him record his own songs and, after much hard work, Anteo released an album of his songs on Dec 23, ‘One Step at a Time’, with Mike Mitchell contributing drums, keyboard and bass.

Asked why he wanted to write his own songs, Anteo told me, “I believe creativity is a human purpose, and those whose lives are deficient in this will feel somehow unfulfilled. I find songwriting can wake up buried memories and experiences and give them new life and meaning.”

Listening to the album, it soon became clear his songs are deeply introspective and emotional. I was particularly drawn to the song Our Time Will Come. Anteo described it: “It’s a spiritual song written during the latter stages of the COVID pandemic, a time when I was moved by the stories of friends who had been separated from their families and loved ones in their final moments.”

However, sad and reflective though his songs may sometimes be, there is a message of hope running like a golden thread through them, a thread best seen in the album’s title track One Step at a Time. Anteo remarks, “It’s a song about unearthing self-belief and finding new purpose in our lives, understanding that all things are possible with determination and faith.”

Anteo has been performing some of these songs with Colin at the Mexican Bar with some success. “They have been well received when performed live, getting more applause and compliments than the staple classic rock cover songs also played,” he said.

This proves that any worries Phuket’s musicians may have about performing newer and original songs are entirely misplaced, that Phuket’s tourists and expats are waiting to hear them, and not just the same old, tired, done-to-death cover songs from over 30 years ago.

So, all you budding Bob Dylans out there, don’t be afraid to pick up that guitar and write and perform your own songs. For now in Phuket, as that great Nobel-winning songwriter once sang, “The times they are a-changing!”

Anteo’s album One Step at a Time can be heard on Spotify. Check out SoundCloud for original songs by Mike Mitchell, Dark Fiber and the Colin Illy Hill Band. Rob Cook’s can be found on Bandcamp (Rob C).

Andy Tong Dee is a local expat and musician living in Phuket. Find out more about Phuket’s music venues and artists at his website www.phuketmusicscene.com.