Phuket Monopoly officially launched... and we are ON!

Phuket Monopoly officially launched... and we are ON!

PHUKET: An official Phuket version of the world’s most popular and famous family gaming brand has hit the shops this morning… and we’re delighted to announce it features us! 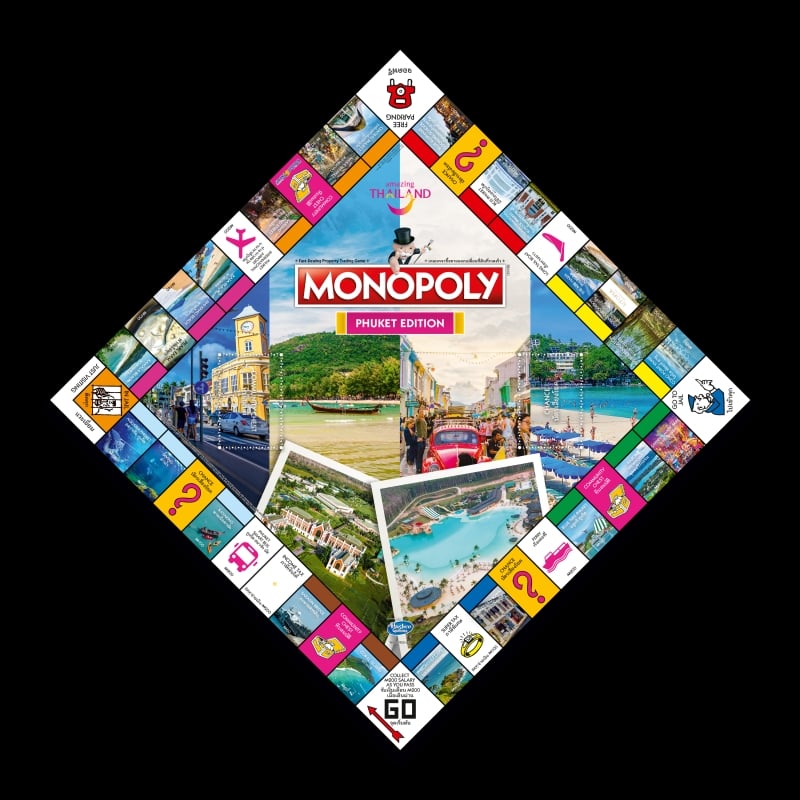 The new board sees the region’s finest ‘Pass GO’... from the spectacular Phromthrep Cape ‒  which gets to land on the game’s most prestigious square, Mayfair ‒ to other leading Phuket favourites like Kata Beach, Naka Market, Phuket Old Town and the beautiful Coral Island which is located just outside of Phuket.

In all, more than 30 Phuket places and activities feature in the game… and The Phuket News gets to star on a Community Chest square!

“We have been wonderfully spoilt for choice putting this board together,” says Jennifer Lau, Custom Games Executive at Winning Moves UK, who are the makers of this game under official license from Hasbro.

“Thank you to everyone who sent in nominations – many were hugely inventive and funny – during our public consultation process period. We hope the game reflects the flavour and feel of these suggestions.”

As well as the squares becoming Phuket landmarks, very many of the Chance and Community Chest cards are themed around the region too. One sees players gifted MONOPOLY money for taking in the view from The Big Buddha Phuket.

The board is available from the week of the March 28 at local independent stores such as What the Box, Phuket Card, D6 Wargame, chain and independent stores across Thailand, certain locations around Phuket including: BCIS International School, The British International School Phuket, Utopia, The Nai Harn, COMO Point Yamu, Blue Tree Phuket, Carnival Magic, and will also be widely available through e-commerce channels in the UK (including booghe.co.uk and Amazon.co.uk) and Australia.