CoronavirusCOVID-19deathhealthtourism
By The Phuket News 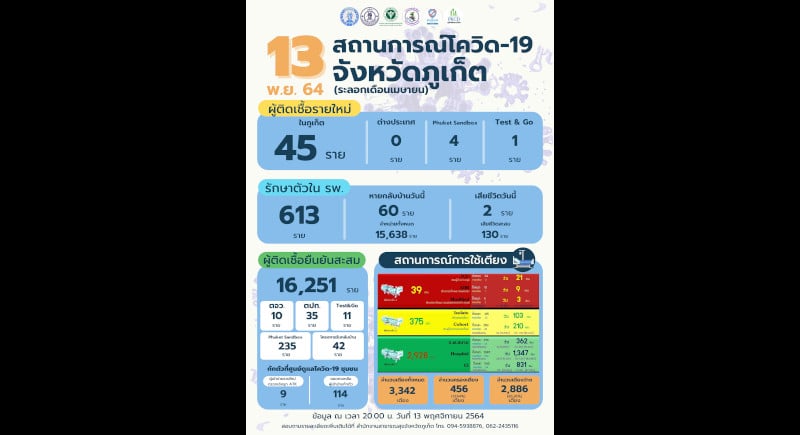 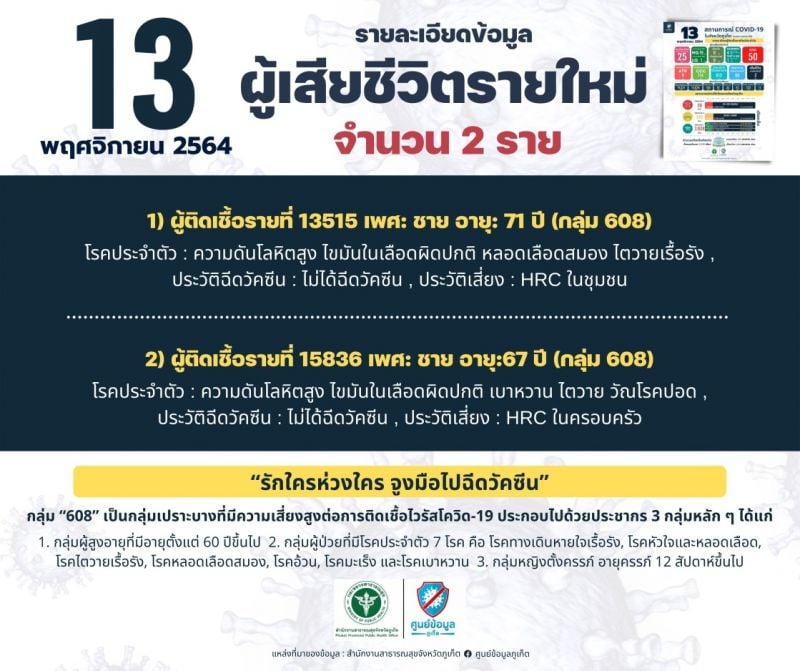 Details of the deaths reported for Nov 13. Image: PPHO

The PPHO report for Nov 13, marked as accurate as of 8pm last night, was posted online at 11:29pm.

After 55 COVID deaths in September, officials marked 44 deaths in total in October and so far 11 deaths this month.

UPDATE: The PPHO later posted details of the deaths reported for Nov 13, as follows:

The report marked 10 people infected with COVID-19 in other provinces before entering Phuket, 35 returning from other countries and testing positive, and 42 COVID patients brought back to Phuket under the “Bring Phuket people home” policy since Apr 3.

According to the PPHO COVID situation report for yesterday, 613 people were under medical care or supervision, 12 fewer than the 625 reported for Nov 12.

The report also marked 15,638 people in total being discharged from medical care for COVID infection since Apr 3 ‒ 129 more than the 15,509 reported yesterday.

The report recorded nine people suspected of being infected with COVID-19 after testing positive by antigen test kits (ATK), and the total number of people reported as currently being held at ‘COVID-19 Care Centers’ across the island increased by three, from 111 to 114.

A further 240 people who tested positive for COVID-19 were at ‘hospitels’ (-22), and 114 were designated to recover in “Community Isolation” (+3), which includes self-quarantining at home.