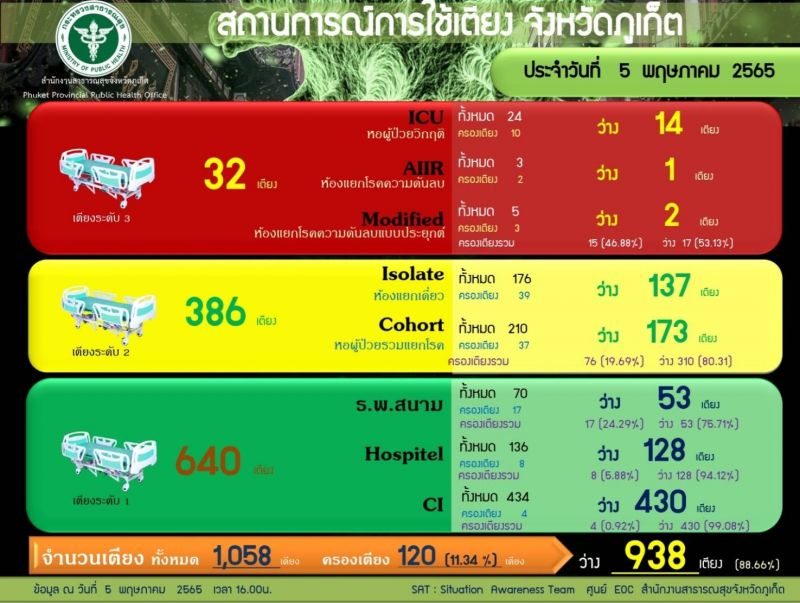 The PPHO daily report for May 5, marked as accurate as of 8pm last night, was posted online at 9:26pm.

Under the new entry measures introduced last Sunday (May 1), international arrivals are no longer tested for COVID-19 on arrival.

According to the report for May 5, there are 917 people under medical care or supervision, 28 fewer than the 945 reported yesterday.

The report recorded 57 people suspected of being infected with COVID-19 after testing positive by antigen test kit (ATK), while the total number of people reported as currently being held at ‘COVID-19 Care Centers’ across the island decreased from to six to four.

A further eight people who tested positive for COVID-19 were at ‘hospitels’ (+1), and four were designated to recover in “Community Isolation“ (-2).