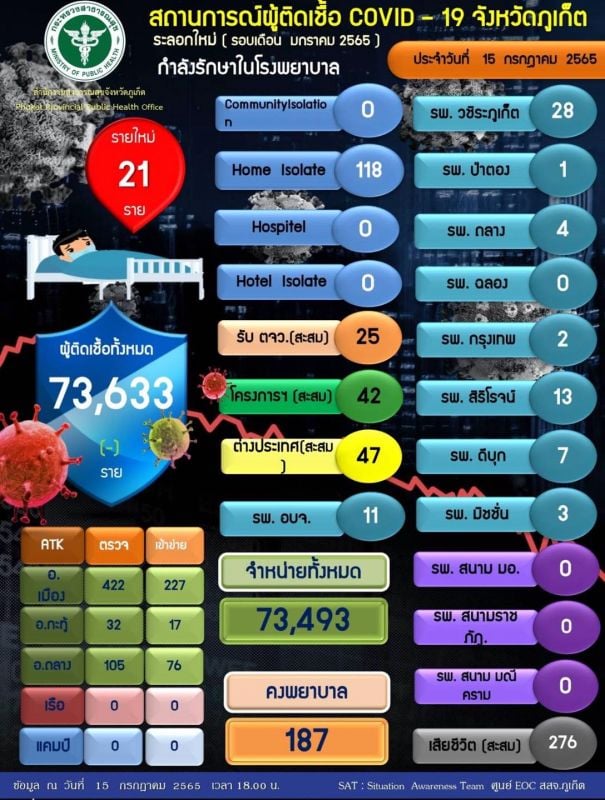 The PPHO daily report for July 15, marked as accurate as of 8pm last night, was posted online at 9:21pm.

According to the report for July 15, there are 187 people under medical care or supervision, six more than the 181 reported yesterday.

The report recorded 320 people testing positive by antigen test kit (ATK), while the total number of people reported as currently being held at ‘COVID-19 Care Centers’ across the island remained at zero.

The report also marked that of 183 hospital beds in total available (zero change), 119 were occupied (-2).