The Phuket team, currently in the lead. 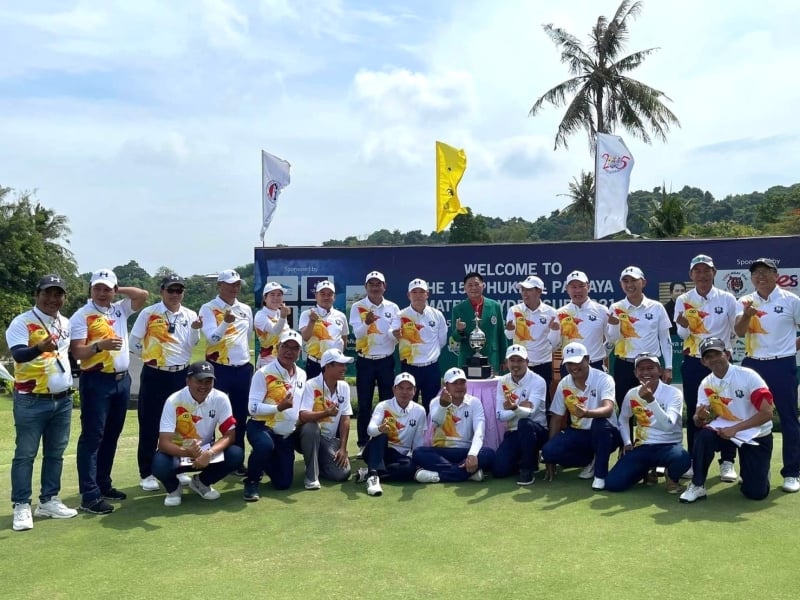 The visitors from Pattaya.

The tournament has been played every two years since it began in May 1996, Mr Pakin explained.

Mr Pakin explained that each team has 16 members: 12 players, and four reserves.

The first day of play is between foursomes, with six points up for grabs, with Phuket yesterday edging a lead of 3.5 points to 2.5.

The second day of play is the “Four Ball tournament” with six pairs of players vying for six more points.

The last day of play is the singles competition, scored using the Match Play system, with 12 matches played.

“Any team that scores more than 12.5 points can be regarded as the winning team in this competition. In this competition, the Competition Management Committee uses rules of the USGA [United States Golf Association], the PGA and rules agreed to by the two associations,” he said.

“For more than 25 years, this competition has helped develop the relationship ‒ and friendships ‒  between the two associations to become more close. And you can feel when the tournament is over, regardless of who wins everyone who is involved including the players, officials and the members of the golf associations congratulate each other and create impressive memories for the participants,” Mr Pakin said.

The tournament host alternates, with Pattaya to host the event next, Mr Pakin added.