PHUKET: Last year we explained how Thailand’s Foreigners’ Working Management (No.2) (2018) (ED2), which came into force on 28 March 2018, has significantly liberalized restrictions on foreign workers. 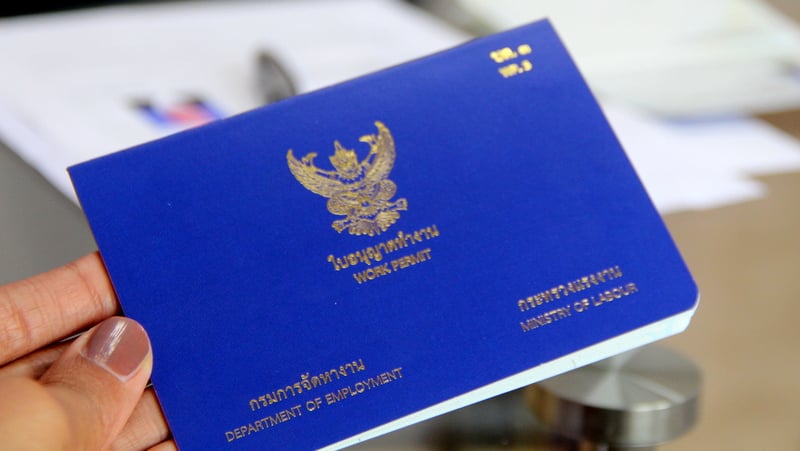 You can read those reports on the Emergency Decree (ED2), here:

However, in recent months we have noted two different articles by legal commentators that have clearly misunderstood the extent to which ED2 has made the labor law environment in Thailand more foreign friendly.

One of the articles proclaims the “good news” that directors of companies that are exempted under the Foreign Business Act (1999) (FBA, read here) pursuant to the Treaty of Amity and Economic Relations between the United States and Thailand (1968) (Amity Treaty, click here) no longer require a work permit. For reasons we explain below, this is not true.

The other article asserts that “in theory” directors of companies that are promoted under the Investment Promotion Act (1977) (IPA, click here) and the Industrial Estate Authority Act (1979) (IEAA) are also not required to have work permits. For reasons explain below, this is also not true.

How did both of these legal commentators, law firms that specialize in labor law for foreigners in Thailand, get this so wrong? We believe it is because they did what is all too common and unfortunately the case – they asked and differed their legal opinions to “the official”:

“we double checked with the Ministry of Labor in Bangkok and they agreed that American directors [of a Amity Treaty] company would not need a work permit”;

rather than carefully reading and analyzing the relevant law themselves. So let’s do that.

First we need to understand that the FBA prohibits what it defines as any “foreigner” (both individuals and juristic entities) from doing most businesses in Thailand, without a license issued under the FBA. And the evident confusion in the articles mentioned above appears to stem from Section 4(2)(8) of the ED2, which states:

Directors of a company are considered its representatives under Thai law and the current foreign business law of Thailand is of course the FBA. Section 8 of the FBA restricts “foreigners” from doing most businesses in Thailand without a foreign business “License” (as defined and detailed in Section 4 of the FBA).

To obtain a License, Section 17 of the FBA provides that the applicant must apply for permission by filing an application to the Cabinet of Ministers or the Director-General of the Department of Business Development. The Cabinet or the Director-General then will consider as to whether to give approval or grant permission within sixty days. In addition, Section 18 of the FBA provides that the Minister of Commerce may prescribe conditions to be observed by foreign business License holders such as: the ratio of the capital to loans for the operation of permitted businesses; the number of foreign directors who must have a domicile or residence in Thailand; or the amount of, and the period of time for maintaining, a designated minimum company capital in Thailand.

This is the primary purpose of the FBA, to define who “foreign” business operators are, require that they have a License to operate their business, detail how they can obtain a License and the penalties if they operate such foreign business without a License.

However, there is one other exception to the prohibition against foreigners operating a business in Thailand under the FBA. Section 4 of the FBA defines a foreign business operating “Certificate”, which is not a License, but which nonetheless allows foreigners to operate a business in Thailand. To obtain the Certificate, subject to Section 11 of the FBA, the applicant need only notify the Director-General of the applicant’s accurate eligibility and will readily obtain a Certificate within thirty days.

Who is eligible for a Certificate? Section 10 of the FBA provides:

The provisions of section 5, section 8, section 15, section 17 and section 18 shall not apply to…

And this (as we previously detailed, click here) is precisely what a company that qualifies under the Amity Treaty is. Thus, an Amity Treaty Company does not operate its business in Thailand by holding a License; rather it does so by holding a Certificate, a completely different category under the FBA and one that is not excepted under Section 4(2)(8) of ED2.

What about IPA and IEAA companies?

In the case where the business of the foreigner who is promoted under the law on investment promotion or granted written permission for the operation of the industry or the operation of trade for export under the law on the Industrial Estate of Thailand or under other laws is the business specified in List Two or List Three annexed hereto, such foreigner shall notify the Director‐General in order to obtain a certificate.…  In this case, such foreigner shall be exempt from the application of this Act…

And thus IPA and IEAA companies are exempted from the restrictions of the FBA by receiving a “Certificate”, not a License, as well.

Sutapat Kongkaew is an Associate Attorney at Duensing Kippen, an international law firm specializing in business transaction and dispute resolution matters, with offices in Bangkok and Phuket, Thailand and affiliated offices in 45 other countries. Visit them at: duensingkippen.com