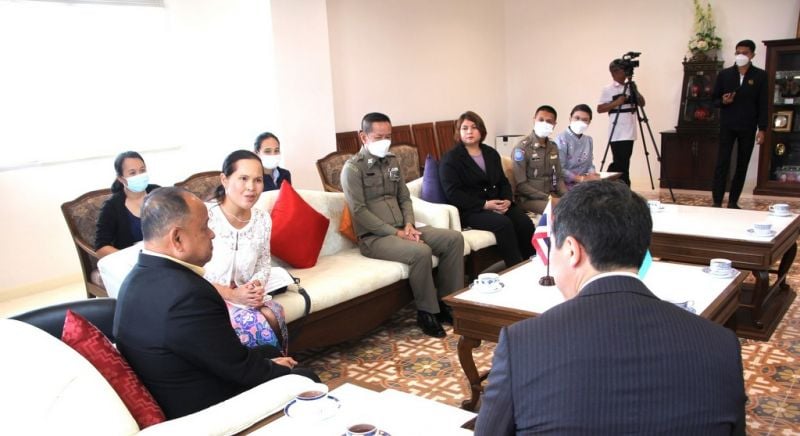 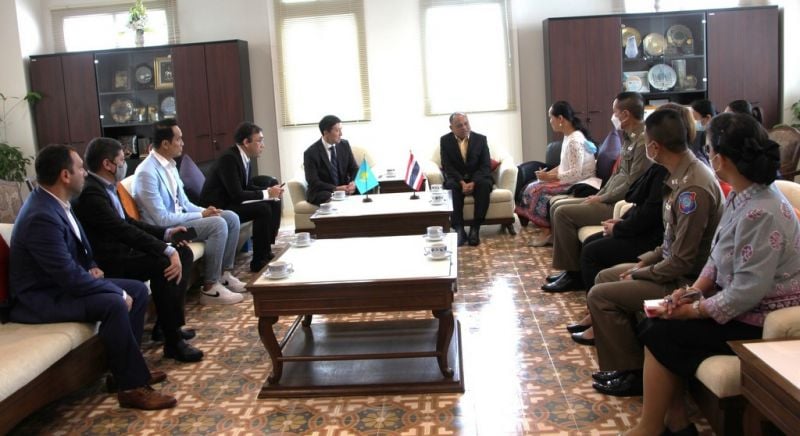 The two met at Provincial Hall to discuss a variety of topics, including tourism and cooperation in caring for Kazakh nationals based on the island.

There are currently approximately 100 Kazakh nationals living and working in Phuket and their welfare was a prominent point of the discussion, as was the welfare of any Kazakh nationals visiting the island in the capacity of tourists.

Mr Issetov said he expects tourist numbers from his country to increase next month as Astana Airlines [Air Astana] launches direct flights from Almaty to Phuket, which the Ambassador said will create a positive impact on the tourism links between the two countries.

Additionally, the Kazakh capital [Astana] is considered an economic, tourist and transportation hub linking numerous Central Asian countries to Southeast Asia, which will only stand to benefit Phuket.

Phuket’s aspirations to host the World Specialised Expo 2028 was another topic discussed, something Mr Issetov responded positively to by pledging to support the drive and promote it back in his home country.

This year marks the 30th anniversary of the diplomatic relations between Thailand and Kazakhstan and yesterday’s meeting follows a similar meeting on Oct 3 when Mr Issetov met with prime minister Prayut Chan-o-cha to explore ways the two countries can enhance relations.