PHUKET: A 34-year-old man working as a gardener has been arrested for raping a woman along the Ao Yon-Khao Khad Rd in Wichit, on Phuket’s east coast, early last month. 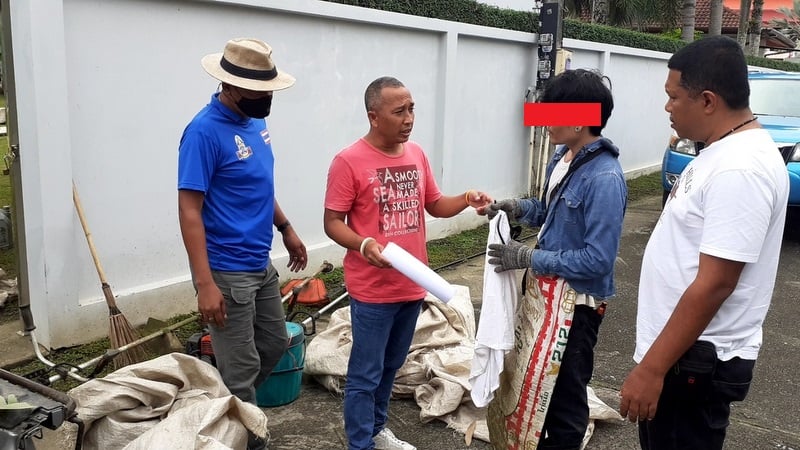 Police moved in and arrested the man while he was working as a gardener at a house in Chalong. Photo: Wichit Police

Police moved in and arrested the man while he was working as a gardener at a house in Chalong, Capt Surachart said.

The arrest followed a 41-year-old woman reporting on Nov 11 that she had been raped by a man, Capt Surachart explained.

The woman told police that at about 10am that day she was taking care of her vegetable plot on the Ao Yon-Khao Khad Rd in Moo 6, Wichit, when a man approached her with a gun and asked her for B200.

She replied that she did not have any money with her, but she kept her purse in her car.

When she turned to walk back to her car the man grabbed her and dragged her into the nearby jungle. The man punched her in the stomach, removed her clothes and raped her, the woman said.

The ordeal lasted about 15 minutes before her attacker fled the scene.

Capt Surachart explained that police tracked down the suspect by checking footage from CCTV cameras and questioning people living in the area.

With enough evidence, police were issued a warrant of arrest for the rape yesterday (Nov 30), he added.

The suspect was taken to Wichit Police Station where he has been charged with rape, Capt Surachart confirmed.