PHUKET: The Phuket branch of the Scholars for Sustenance Foundation organised thousands of food handouts to vulnerable communities across the island yesterday (Oct 14) under a campaign to mark World Food Day.

healthcharityeconomics
By The Phuket News 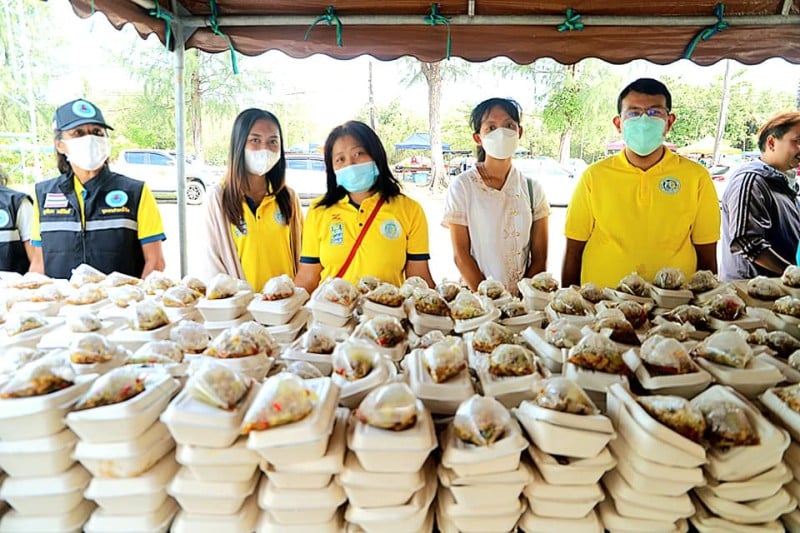 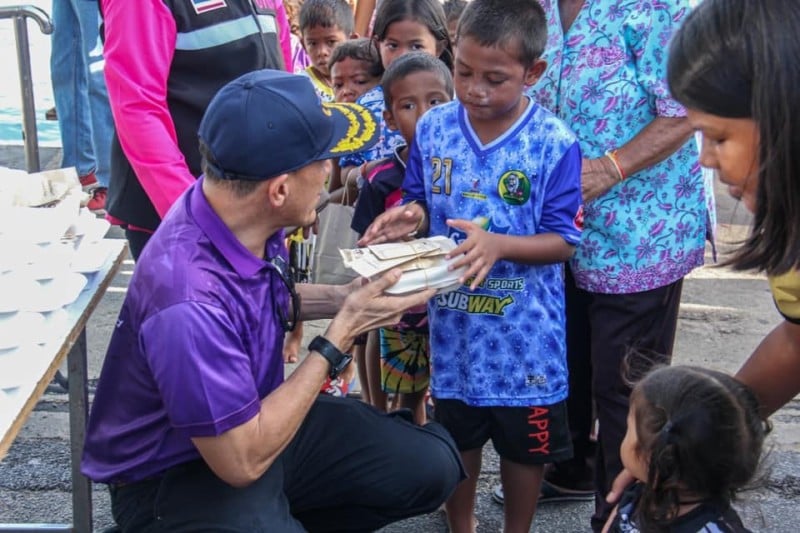 At the main campaign location, at Saphan Hin, 1,700 meals were handed out to people in need, with many hundreds more handed out at similar events held across the island.

In Karon, Karon Municipality, led by Deputy Mayor Jaroon Udomkitwiboon, oversaw the handing out of 500 meals in boxes in front of the municipality offices.

In Rawai, officials from Rawai Municipality, led by Mayor Aroon Solos, oversaw the handing out of 450 meals in boxes. A similar collection of officials from various government agencies were also present for the occasion.

The Rawai event was held at Rawai Pier, near the sea gypsy village.

All meals handed out yesterday were approved as halal to ensure no segments of the community would be left out.

The Scholars for Sustenance Foundation in Thailand ramped up their food rescue efforts in Phuket amid the height of the tourism shutdown during the COVID-19 pandemic.

The foundation describes its mission as “to enhance the food system in the country to minimize needless loss of surplus food and improve food equity by redistributing high quality surplus food from food related businesses such as hotels, grocers, restaurants, and other suppliers to communities in need in Bangkok, Phuket, Hua Hin, Chiang Mai and other places in the country every day.”

To date, Scholars of Sustenance Thailand programmes have rescued approximately 2 million kilogrammes of surplus food, served 8.7mn meals to 426 communities, and reduced 3.9mn kilogrammes of C02 creation if the food were wasted in landfills, the foundation notes on its website.