PHUKET: A series of drug raids in Phuket resulted in the arrests of three people with a total of 3.2 kilogrammes of crystal meth (ya ice) and 5,105 pills of methamphetamine (ya bah) seized. 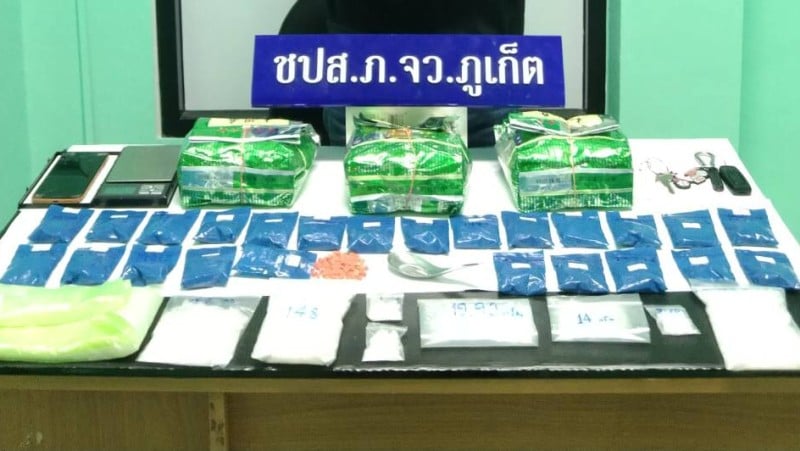 However, the report did not explain when the raid was conducted.

Nonthawat ‘Man’ Daenthai, 19, was arrested at the restroom of the Shell petrol station on the bypass road and found to be in possession of 3.2kg of ya ice and 4,800 pills of ya bah.

Police then searched a unit at The Royal Place condominium in Moo 1, Kathu, and seized a white Honda PCX motorbike as evidence.

Nonthawat was taken to Kathu Police station and charged with possession of a Category 1 drug with intent to sell.

Police also seized a Honda Wave motorbike, B4,800 in cash and two ATM cards as items of evidence.

Nuannong was taken to Kathu police station and charged with possession of a Category 1 drug with intent to sell.

A third arrest reported was that of Natthachai ‘Bas’ Chananpong, 26, who was found with 0.11g of ya ice at house in Moo 7, Rassada.

Natthachai was taken to Phuket City Police Station and charged with possession of a Category 1 drug.