PHUKET: For the second time only in the past three weeks the number of daily new cases of people infected with COVID-19 fell to a single digit as the Phuket Provincial Public Health Office (PPHO) reported just four new cases for yesterday (May 15). 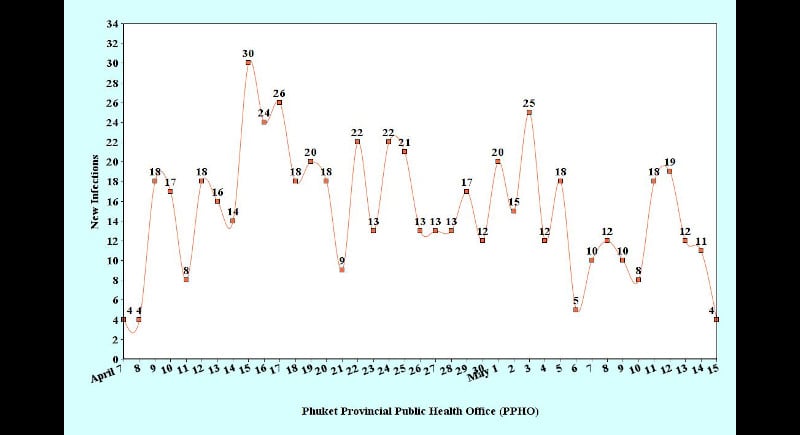 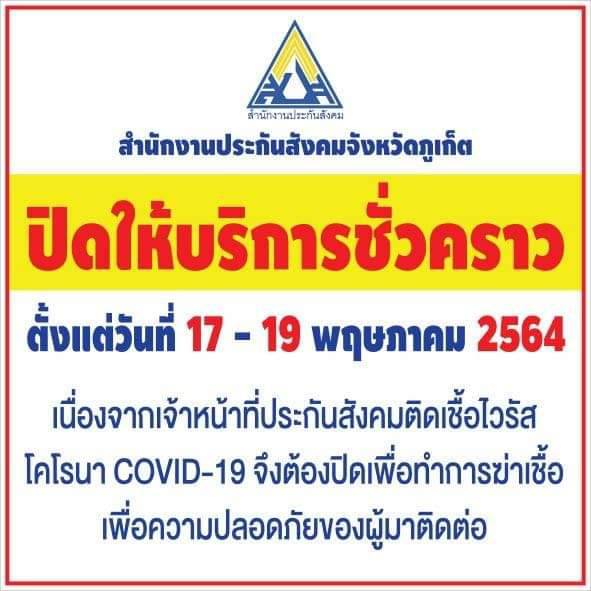 The Social Security Office will be closed on Monday through Wednesday (May 17-19) as an officers there has now been confirmed to be COVID-positive. Image: SSO Phuket 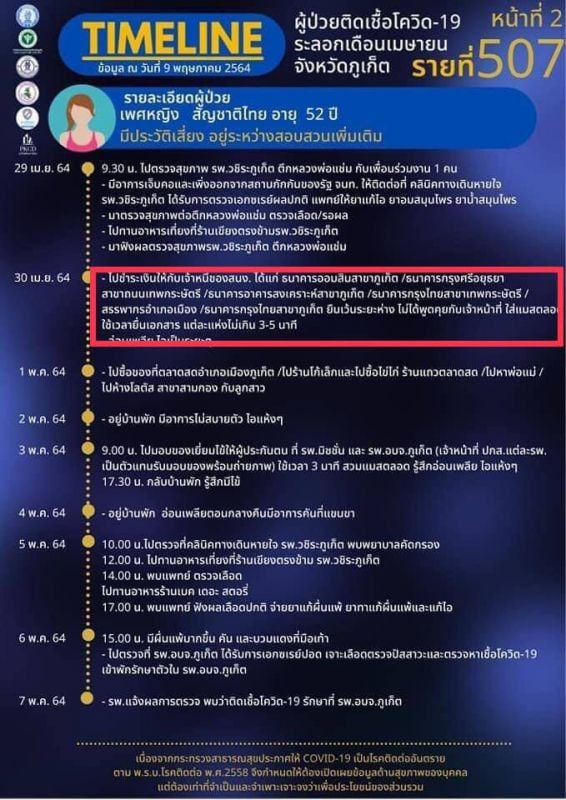 The Social Security Office will be closed on Monday through Wednesday (May 17-19) as an officers there has now been confirmed to be COVID-positive. Image: PPHO

The four new cases bring to 602 the total number of people in Phuket officially recognised as infected with COVID-19 since Apr 3, said the PPHO report.

Of the 602 cases so far, 429 have been discharged from medical care.

The PPHO has released an updated map showing the locations of infections across the island. The map, dated May 16 but is marked as accurate as of 6pm last night (May 15), reports as follows:

Meanwhile, the Social Security Office in Phuket Town will be closed tomorrow through Wednesday while the office undergoes sanitising due to an official there being confirmed as COVID-positive.

The officer, a 52-year-old woman, was confirmed infected with the virus at Phuket Provincial Hospital on May 7 after first feeling unwell on May 5 and visiting a doctor the next day.