PHUKET: The Phuket Provincial Court today (Jan 31) ruled in favour of four Rawai sea gypsies, upholding their rights to live in the sea gypsy village in Rawai at the southern end of the island. 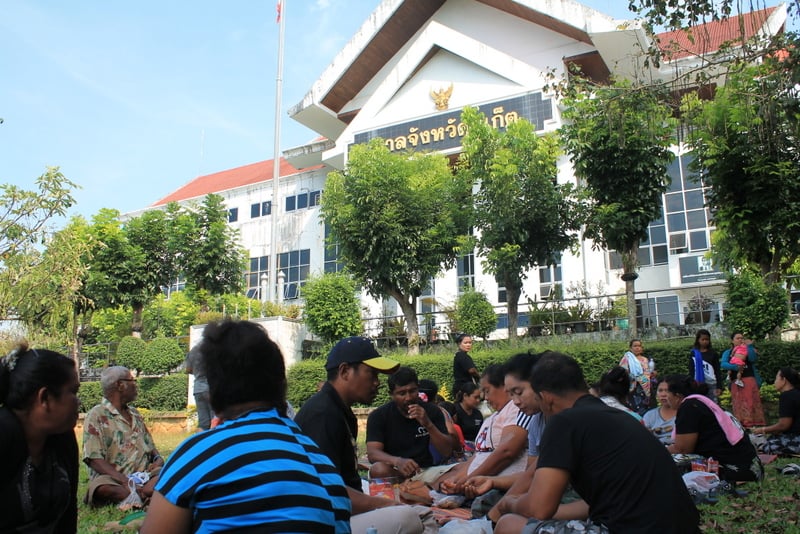 Mr Niran exited the courthouse at about 11am and broke the news to the 100-odd sea gypsies waiting anxiously outside, who cheered vociferously.

Ms Boonsri and her legal representative did not appear in court today to hear the ruling.

“We have photo evidence of His Majesty the late King Bhumibol Adulyadej when he visited our village in 1959 with a picture of a coconut tree.

The court dismissed the claim, even though the plaintiff presented a land document deed as evidence to her rights to the land, Mr Niran said.

However, the fight might yet be far from over as Ms Boonsri can appeal today’s verdict.

The Phuket News has yet to learn whether any action will be taken to further investigate the land document presented by Ms Boonsri in support of her claim.