PHUKET: Two new Vice Governors have been confirmed and have presented themselves as ready to start performing their duties. 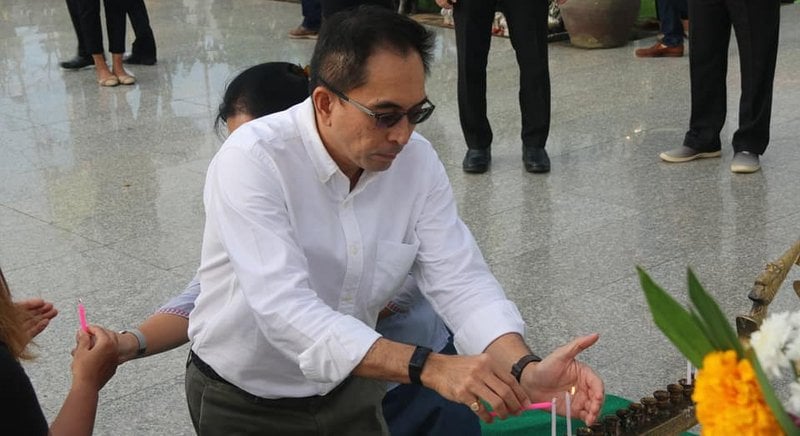 Piyaphong Chuwong arrived on the island yesterday (Oct 31) and immediately paid homage to the Phuket Heroines at the Heroines Monument late yesterday afternoon. He and his wife were warmly welcomed by Srisoonthorn Mayor Worawut Songyot.

Vice Governor Piyaphong previously served as the Director of Law Office under the Department of Lands in Bangkok.

Mr Vikrom Jakthee has been promoted to the position of Vice Governor after serving as Chief Administrative Officer (Palad), Phuket Provincial Office. He was involved in officers’ drug raids across the island and providing assistance to local disasters.