PHUKET: Phuket City Municipality yesterday donated B1.36 million to go towards medical equipment for the currently under construction Chalong Hospital.

constructiontechnologycharity
By The Phuket News 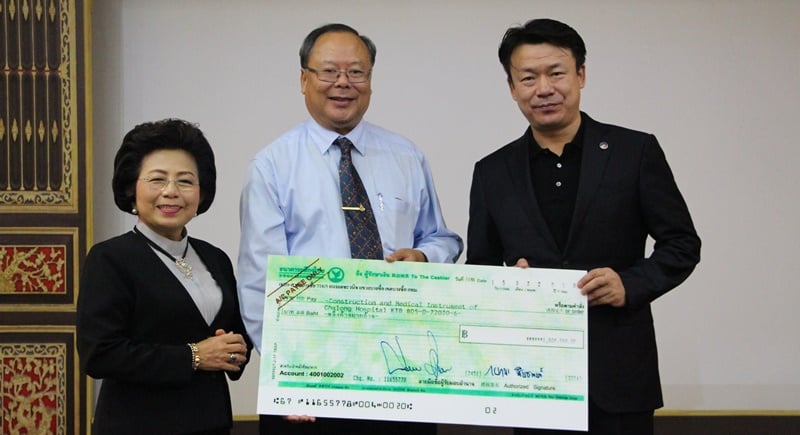 Mayor Somjai said, “Chalong Hospital still lacks the budget to purchase medical equipment and supplies, which means that it is not yet sufficient to accommodate the number of patients.”

Mayor Somjai noted that Chalong Hospital will be a community hospital featuring 36 beds and will accommodate patients from Chalong, Rawai, Karon and neighbouring areas before transferring them to Vachira Phuket Hospital.

Doctors and nurses from Vachira Phuket Hospital and Thalang Hospitals will provide services at Chalong Hospital, she noted.

“The government, private sector, people, and local government agencies in Phuket recognise and give priority to providing assistance to other human beings. Therefore, we jointly fund the purchase of equipment for Chalong Hospital.

“Part of the support was given to Chalong Hospital through the organisation of a walking and running event on Feb 11 at Nai Harn’s public park in Rawai, from which B10mn was donated for the hospital,” she said.

“Phuket City Municipality as a local government organisation responsible for caring for people from birth to death. It has the authority to promote the health of the people by working with Vachira Phuket Hospital, a network partner, to work together in all ways.

“In terms of treatment, promotion, rehabilitation and prevention, it recognises the importance of public health service provisiond,” she added.

“Therefore, the donation to finance the purchase of these medical devices is what Phuket City Municipality can take care of,” she said.