PHUKET: Pitikan Sithidej of the National Human Rights Commission of Thailand was in Phuket yesterday (Aug 29) to lead a seminar held to explain to local business operators the necessity of upholding human rights in business operations. 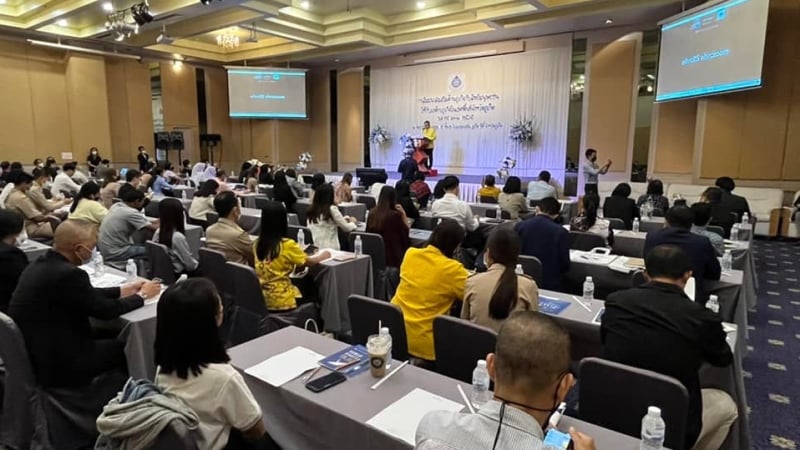 Among those present at the seminar, held at the Royal Phuket City Hotel in Phuket Town, were heads of local government agencies and senior management of local businesses, including hotel operators.

Phuket Vice Governor Anupap Rodkwan Yodrabam told the gathering that it was an honour for Phuket that Ms Pitikan had organised holding the seminar, called “Seminar to Promote Business and Human Rights for Business Organizations in Phuket Area”.

V/Gov Anupap opened his remarks by describing Phuket as a modern, international world-class tourist destination where East meets West with its own unique culture and its own distinctive architecture, especially the examples of Sino-Portuguese architecture on the island.

“This will make tourists confident about their safety and confident in their decision to travel here,” he said.

“So all sectors must help each other, because it is important for building confidence among foreign tourists and investors. This will benefit the economy in the future and make the tourism sector return fully with sustainability,” he added.

According to V/Gov Anupap, holding the seminar on upholding fundamental human rights will help to achieve all those tourism and economic goals.

In fact, holding the seminar on human rights “will make the tourism and service industry of Phuket come back to recover as soon as possible as the destination of happiness to return smiles to Thai people again,” he continued.

To National Human Rights Commissioner Ms Pitikan, the goal of the seminar was for business organisations in Phuket to build a society of respect for human rights.

“The objective is to create knowledge, an understanding, of the UN Guiding Principles on Business and Human Rights, which is a responsible way for conducting business that respects human rights that are accepted at the international level,” she said.

“Business organisations must protect all aspects of human rights and are responsible for protecting human rights under actions such as non-discrimination policies and health and safety, as well as freedom of association and formation of trade unions,” Ms Pitikan added.

“It also creates the opportunity to assess the situation through analysis of business enterprise data, including building a network of business and human rights cooperation in the Phuket area. This will create the power to effectively work in the promotion and protection of human rights in society,” she said,

“It is imperative to create knowledge and understanding for the government and business sectors in order to create a society of respect for human rights,” Ms Pitikan noted.

It was not explained why Phuket was designated the focal point for a seminar aimed at educating local officials and business operators about basic human rights, despite the fishing and construction industries on the island being nearly fully dependent on migrant labour.

Of note, according to reports by the Royal Thai Navy, it has been years since any wrongdoing has been found during random inspections of fishing vessels in the area.

Inspections of conditions among construction workers and the camps they live in are not published by local officials.