PHUKET: Tanee Suebrerk, Deputy-Director of the Department of Land Transport, arrived in Phuket from Bangkok yesterday to preside over a meeting with airport taxi operators to investigate and discuss issues regarding taxi fares charged while the COVID economic crisis continues. 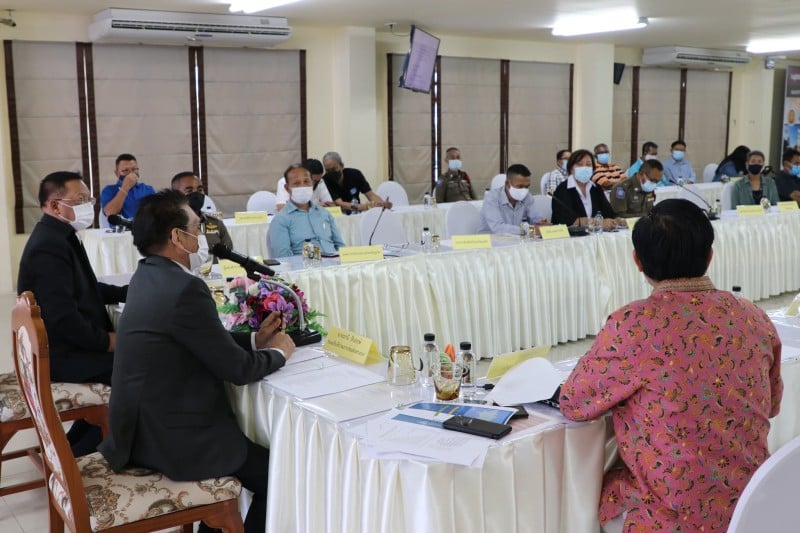 At the meeting, held at Phuket Vocational College, airport taxi operators “agreed” to charging “20% off” fares as long as the crisis continues, said a report by the Phuket office of the Public Relations Department (PR Phuket).

Also present were representatives from Phuket Mai Khao Sakhu Co Ltd (PMK) and Phuket Limousine and Business Services Cooperative (PBC), the the two companies that have rights to operate taxis at Phuket International Airport under a concession with Airports of Thailand (AoT).

Representatives of the two companies confirmed that the companies had been giving 20% discounts off taxi fares since the effects of the global pandemic started being felt in Phuket, and they asked for “cooperation” from the Phuket Provincial Government, said the report.

The representatives explained that the fare from the airport to Patong, a distance of “about” 38.9 kilometres, used to be B800, but right now they were charging only B640, the report added.

Giving another example, the representatives said taxi drivers used to charge B1,000 for travelling from the airport to Kata, a distance they said was “about 46km”, but their drivers were now charging only B800, the report noted.

“At these prices, they may not be able to cover the cost [of operating a taxi] because we need to handle many costs, including insurance, petrol and the concession,” said one of the representatives, not named by the PR Phuket report.

“However, we will charge these rates as long as the pandemic continues and Phuket does not have the number of tourists like it did before the pandemic,” the representative said.

“We will discuss again about when we will return to charging the normal rate,” he concluded.

It was not explained whether AoT, the Thai public company that resulted from the privatisation of the state-owned Airports Authority of Thailand (AAT), would offer any relief in the concessions to be paid for operating taxis at the airport.