Marathon
By The Phuket News 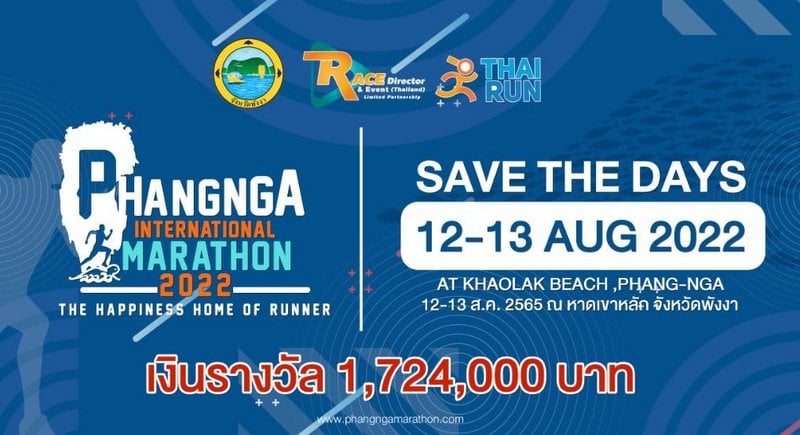 The marathon is expected to attract many well known runners from all over the world who will compete across a 5.9km fun run, a 10.5km mini marathon, a 42km marathon and a “fancy” run. No specific details have been provided at time press relating to age or gender categorisation.

The 42km marathon will take place at night to avail the cooler conditions, with lights and sounds in place to assist runners around the course.

There will be a total of B1.724 million in prize money on offer, with the best performing Thai runners receiving the “Best of Thailand” award and prize money in each category.

The marathon will be know as “The Happiness Home of Runner”, said Governor Chamroen and strives to promote Phang-nga as a leading sports province in both Thailand and the Asean region, as per directives as part of a five-year sustainability plan outlined by the Sports and Tourism office.

He added that it is hoped the race will be become regarded as one of the leading marathons in Thailand and that the designated track is one of the best in the world that will appeal to international runners by providing a once-in-a-lifetime experience.

The committee has also requested official certification assessments at all levels for the races from the Association of Long-distance Running Organisers (AIMS).

Applications are open now until Saturday (July 30). Further details can be found at the race’s official homepage.