Pet-sitting: travel for animal lovers with a sense of adventure

Pet-sitting: travel for animal lovers with a sense of adventure

There are plenty of established ways to travel the world. Backpacking, couchsurfing, volunteering, sailing, road-tripping, taking a cruise… But pet-sitting? That’s a new one on me. (And one I wish I was familiar with before I, fresh off the boat, was met with a bill for five rabies injections after attempt­ing to befriend a street cat.) 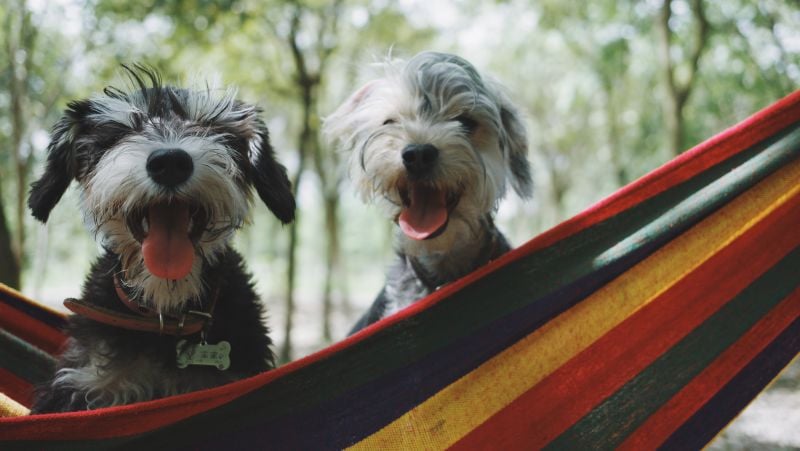 I spoke to pet-sit­ting globetrotters Rosy and Geoff King on the Phuket leg of their travels. The couple, from Queensland, Australia, aren’t just signed up to care for cats and dogs, but reptiles, horses, fish, poultry, farm animals, birds and small pets too. Their experience is proof that caring for pets, and holding the fort while their owners are away, is a legiti­mate and surprisingly rewarding way to travel the world.

What did you do back in Australia?
Rosy: “I run a corporate training busi­ness. I’m a digital nomad and run every­thing online. We try to attend network­ing events in each country we go to.”
Geoff: “I’m retired, so chief cook and bottle washer at the moment! I was in construction before, working up and down the east coast of Australia.”

How did you find out that it was pos­sible to travel the world in this way?
Rosy: “I said to Geoff that when the last of our five children goes to uni­versity, I want to take a gap year. I started researching ways to travel the world and I stumbled upon the Trusted Housesitters website. We rented two properties on Airbnb in Australia for three or four years so we had good reviews from all over the world to put on our profile. On Sep 26 last year, I sold my office and got on a plane the same day. We had three trips booked before we left home and now we just book as we go.”
Geoff: “People don’t want to put their cats into catteries or their dogs into kennels. They’re much happier know­ing they’re in their home and not stressed, and there’s the security that there’s someone staying in their home while they’re away. It’s becoming a popular way to travel, although I think most people use it for shorter holidays as opposed to more long-term travel.”

Where have you travelled so far?
Rosy: “The UK, Malta, Egypt, Thailand, Malaysia and Cambodia then back to Thailand. Next we’re off to Singapore for 16 days then Canada for three months.”
Geoff: “We try to spend at least a month in each country so we can get to know the customs, the money and a bit of the language. Otherwise, three days here, five days there turns into a big blur.”

Tell us about Malta.
Rosy: “We house-sat for a lady in Ghax­aq while she competed in the World Scrabble Championship. She’s rehomed over 500 dogs from Sicily and has eight of her own that she tried to rehome but they were too timid or untrainable.”
Geoff: “There was one dog we didn’t touch the whole time because he just wouldn’t let us get near. And I’ve man­aged, trained and looked after working dogs and livestock in outback Austral­ia for 20 years!”
Rosy: “It was a challenge looking after them all but they were lovely. When we were in Penang at a networking event, we got talking to some other house-sit­ters who clocked and said, “Oh you took that job!” It was on the site for a while.”

Hold on a second, World Scrabble Championship?
Rosy: “Yes! I said to her, ‘We have to have a game with you’. She beat the pants off us but it was cool to learn some tricks. We found out you can use a word from any language in the com­petition. Often the players won’t know the meaning of the word they put down, they just know it’s a word.”
Geoff: “We played on a Scrabble board that said ‘World Champion 2015’ on it. And we learnt that the man that won the competition last year and this year also won the French competition but doesn’t speak a word of French.”
Rosy: “You meet so many interesting people. World champion Scrabble play­ers, British Airways captains, country managers for NGOs, chemists with a brewery at the end of their garden…”

What’s the best part of pet-sitting?
Rosy: “When you’re in a hotel, you feel like a visitor to the country. When you house-sit, you feel like you’re part of the community. When we house-sat in Bur Safajah in Egypt, for example, the host picked us up from the airport and took us back to her place where she’d invited the locals over for a barbecue.”
Geoff: “She showed us the best places to eat and introduced us to the dive shop who let us borrow equipment to go snor­kelling on the reef instead of us paying to go out on a trip. What you save on accommodation is a big bonus too. Some of the house-sits have even given us their car to use.”