GOLF: Thailand’s Patty Tavatanakit is poised to make her first LPGA title a major triumph after firing a five-under par 67 yesterday (Apr 3) for a five-shot lead at the ANA Inspiration. 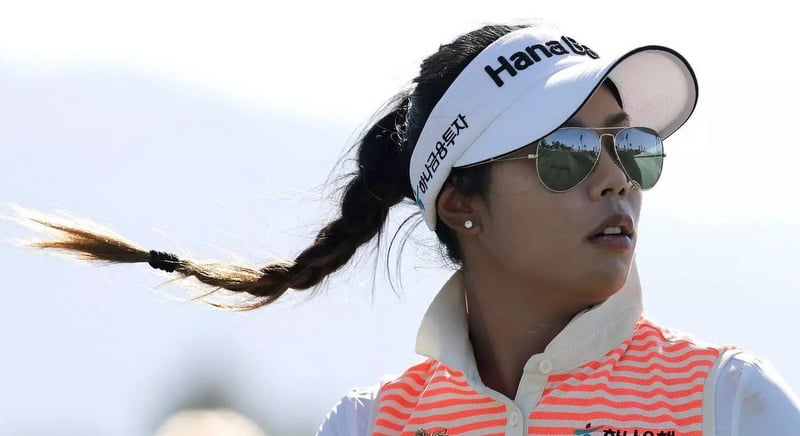 The 21-year-old had seven birdies in her 67 at Mission Hills in Rancho Mirage, California, showing no sign of nerves as she built ruthlessly on her one-shot overnight lead.

She was three strokes in front of defending champion Lee Mi-rim of South Korea and American Ally Ewing.

Ewing climbed the leaderboard with a bogey-free six-under par 66 while Lee, who won the rescheduled 2020 edition last September, signed for a 68.

Chinese veteran Feng Shanshan, playing her first LPGA event in more than a year, carded an even par 72 for sole possession of third place on eight-under 208.

Reigning world No. 1 Ko Jin-young of South Korea and former number one Lydia Ko of New Zealand were in a group on 210, along with Mexico’s Gaby Lopez and Thailand’s Moriya Jutanugarn.

Patty said she would be focusing on how to improve today, not on her chance at a major title or the big names chasing her.

“You know, today I’m going to leave it behind,” she said of an impressive round that she opened with three straight birdies.

Patty rolled in a long birdie putt at the ninth to make the turn four-under for the day and drained another birdie bomb at 11 to push her lead to five shots for the first time.

She followed a bogey at the 12th with a four-foot birdie at 13 and made another long birdie putt at 15 to push her lead to six before giving a stroke back at 17 - where she was unable to get up and down for par from a greenside bunker.

“It’s a great day, acknowledged it, and it’s in the past now,” Patty said. “All I can think about is what can I do tomorrow, what can I improve from today’s round?

“I was getting a little tired at the end. What can I do to keep my energy level up throughout the day tomorrow? That’s going to be my goal.

“And just stay calm out there,” she said. “I feel like I did that pretty well. Whatever the outcome is I’ll be really happy. It’s been a good week so far.”

Birdie bursts on each side propelled Lee to her share of second on a hot day in the desert, with windy weather firming up the course.

“It was just tough today,” said Lee, who jump started her round with birdies at the second third and fourth, then rebounded from bogeys at seven and 13 with another three birdies at 14, 15 and 16.

“I didn’t have an expectation, so I just took it one hole at a time and was able to get off to a really good start with three birdies to start the day,” she said.

“Then I just kept giving myself a lot of looks which I think is so important on this golf course.”

Ewing added birdies at 11, 15 and 18, and said her score could have been lower if a few more putts had dropped.

“I missed several putts inside 10 feet, but, I mean, a 66 on moving day, certainly all you can ask for to put yourself in a good position,” she said.