PHUKET: A taxi driver wanted for shooting dead another taxi driver in broad daylight at a taxi rank on Phra Metta Rd, Patong, has handed himself in to police. 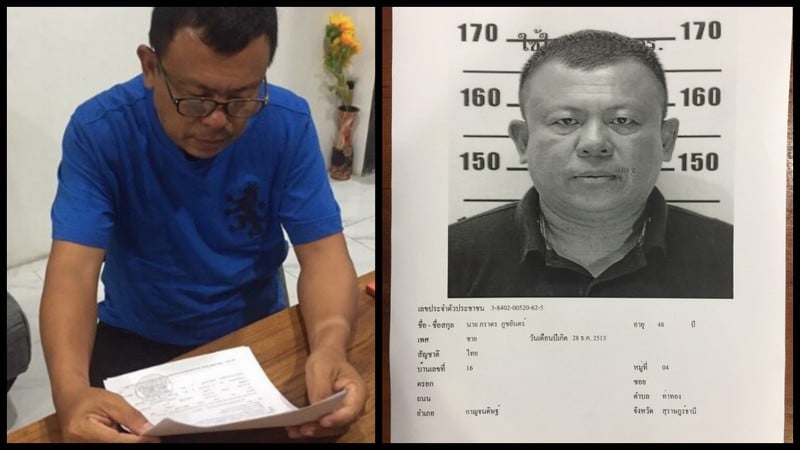 Police began the hunt for the suspect, 48-year-old Pharadon Poochayan, since the fatal shooting on Mar 7 after witnesses reported seeing Pharadon drive off in a pickup truck after losing a fight with 45-year-old Songpon Suwansa-ard, who works at the same taxi rank.

Pharadon is believed to have returned with a gun and shot Songpon. CCTV footage from the scene shows the shooting, but the killer’s face is not clearly seen.

"We had him detained in a cell at the police station,” Col Anotai said.

“We transferred him today (Mar 16) to be held in the cells at Phuket Provincial Court. We opposed bail because it is a serious case and we fear that Pharadon might threaten witnesses,” Col Anotai explained.

“The court agreed and denied Pharadon to post bail and he was taken to Phuket Provincial Prison to await trial,” he added.

Police charged Pharadon with premeditated murder and carrying a firearm in a public area without permission and without reasonable cause.