POOL: The first round of the Patong Pool League (PPL) sponsored by Thailand Pool Tables and Genius 2 Garden & Restaurant was played on Nov 22, with 10 teams in action in the first week with everyone looking to secure an early spot at the top of the league leaderboard. The first round of the Patong Pool League (PPL) sponsored by Thailand Pool Tables got underway last week with 10 teams in action in the first week. 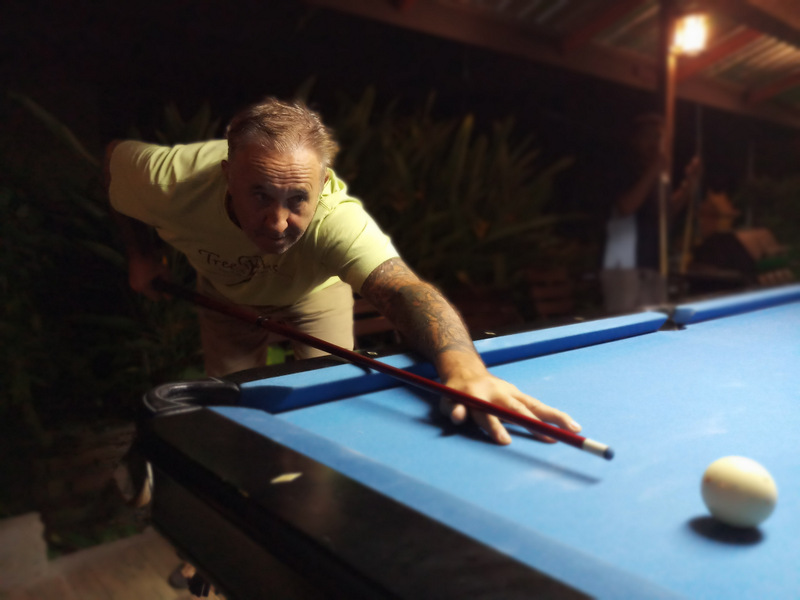 First up to make their mark on the new league standings was Kiki Sports Bar who played at home to Genius. Gervais, Jack and Mac made the perfect start and put the home team in a commanding 3-0 position before Pea and Francis hit back for Genius to close the gap before the doubles matches. However, a commanding whitewash in the pairs games left only a consolation point in the beer leg and the home team were left rightfully optimistic for the rest of the season as they wrapped up the night with a 9-3 result.

Next on the fixtures list was Martin Swiss who hosted the new league entrants, Champs Bar. The league has undergone several rule changes this time around to bring the format closer to the world league format and Martin Swiss took full advantage of their experience with an early lead of 5-1 in the singles games. Champs did hit back with a good doubles win from Warren and Lee but two further defeats in the doubles left the night with a final score of 9-2 to Martin Swiss.

Happy End were at home to Ting Tong this time round with Jim and Nick claiming first blood to go 2-0 up in the singles matches. Happy End showed dogged determination though in claiming the next 2 to leave the match 2-4 at the end of the individual games. A superior doubles performance by the home team put them ahead 5-4 into the beer leg and they pinched the match 7-5.

Kwan’s Birdie Club played away to Red Light and despite losing their opening game of the league, went to lead 7-2 by the time food was served. Superior fire power from Ricky and Goh who left the night unbeaten ensured that Kwan Birdie made a strong opening statement with a final score line of 9-3.

The reigning champions saw themselves at home to strong Simon Oil. The night saw an opening win from the Caddy Shack’s new player, Don, followed by wins for Lee, Justin, Trevor and Lek. Despite a great performance (on and off the table) from Bruce and the boys of Simon Oil, they couldn’t manage to contain the momentum of the champions and Caddy Shack made a strong statement of intent to go joint top of the league with a 9-2 home win.

Natalie Bar are yet to play as they enjoyed a week off but will open their campaign with the rest of the games being played in round 2 of the PPL. Stay tuned for that report!