crimepolicepatong
By The Phuket News 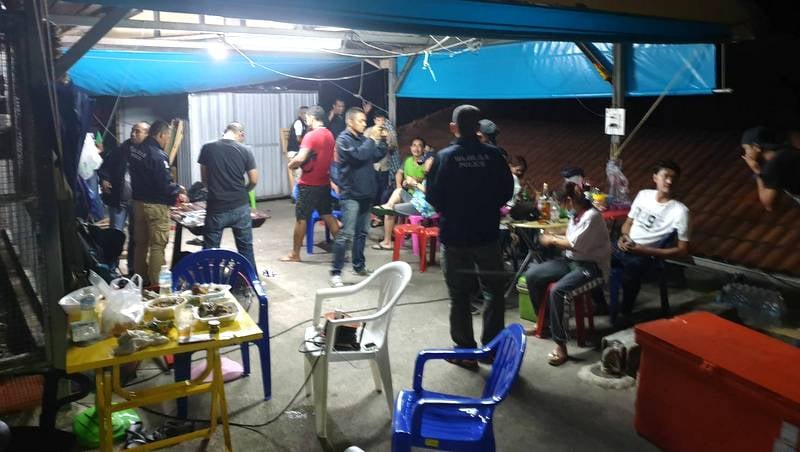 The 13 men and women, aged from 30 to 73, were arrested following a raid at a property on Nanai Rd in Patong last night (June 12).

The 13 people arrested were:

Items seized in the raid include equipment used to play the Hi-Lo game, B18,390 cash and three mobile phones.

Police believe the suspects were wagering on property. One of the suspects, Bencharong Kitdamnuen, admitting to being the croupier for the group.

The suspects were taken to Patong Police Station for questioning as investigations continue.