FootballFutsalFitness
By The Phuket News 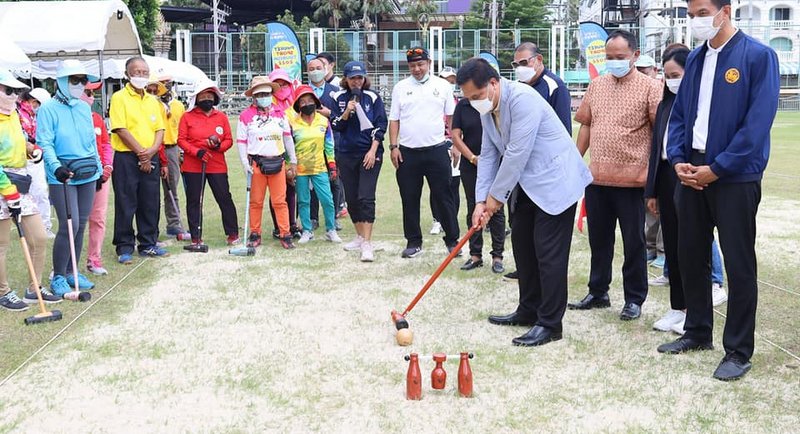 The event, which is being organised by the Phuket Provincial Office of Tourism and Sports, is geared to boost tourism, revitalise the local economy and promote a healthier, more active lifestyle among local residents.

The three-day Championship, which runs from yesterday until tomorrow, will consist of three principle sporting activities, namely woodball (similar to croquet), beach football and futsal.

Officials confirmed the games of woodball and futsal are to be held on the grass courts and clay courts at the Laem Phetch Football Stadium, with the beach football competition held at the beach neraby.

Ms Chantana explained that the project had been partially funded by budget from the Phuket Provide initiative which is tasked with organising sports-themed events to stimulate the local economy and boost local tourism.

The sports activities it focuses on as part of this remit includes popular and more traditional sports which are designed to encourage children and the elderly to exercise and pursue a healthly lifestyle, she added.