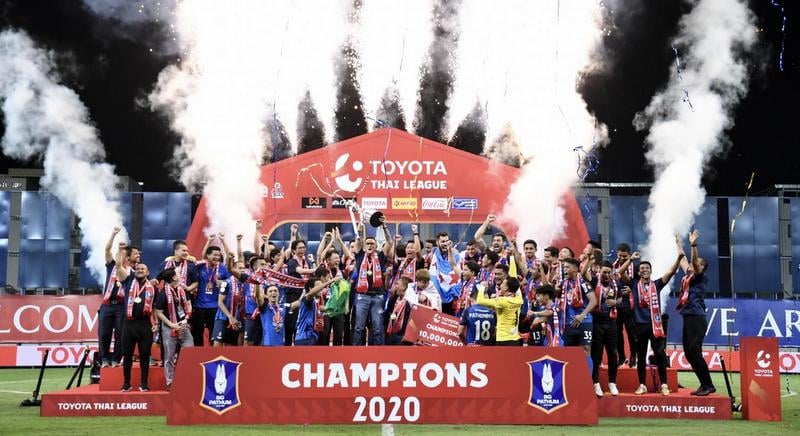 Pathum had secured the top league title early this month with a record six matches to spare.

The win also extended the Rabbits’ unbeaten run in the league to 29 matches.

They need a draw in their last fixture against SCG Muang Thong United to match the feat of winning the league title without losing a game previously achieved by their next Sunday’s opponents and Buriram United.

Pathum United got their first goal from Pathomphon Charoenrattanapirom in the 37th minute of the match while Diogo Luis Santo netted their second in the last minute.

Meanwhile Port could see their bid for second spot in the league come to an end this evening after they suffered a 1-0 defeat at home to Chiang Rai United.

Buriram host PT Prachuap and a win for the home team would put second spot out of Port’s reach, making next Sunday’s last round of matches meaningless for both sides.

The Beetles grabbed the winner through a spectacular effort by Bill Rosimar in the 86th minute which left the hosts with no chance of kick-starting a recovery.

Suphanburi failed to claim any points as Sardor Mirzaev scored the match-winning goal in injury time to give Muang Thong a 2-1 victory over the nine-man hosts.

Struggling hosts Chonburi were held to a goalless draw by Sukhothai in the late game.