PHUKET: An officer from Chalong Police Station has confirmed to The Phuket News today that the Chinese tourist who was arrested for poaching parrotfish at Koh Racha Yai on Wednesday (Jan 25) has been fined B100,000 for his actions. 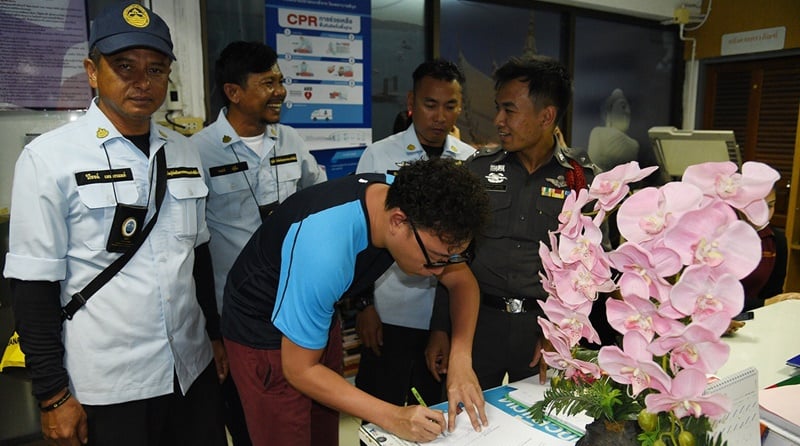 Huang was taken to Chalong Police Station after being caught poaching the parrotfish on Koh Racha Yai, Photo: Eakkapop Thongtub