Nothing quite hits you the way a hard-hitting cop drama does. Remember when you were first introduced to Vic Mackie in The Shield or that feeling you got when you watched Woody Harrelson put in the performance of his career in Rampart. There is something about giving an actor a badge and getting them to play a controversial police officer that seems to bring the best out in them. That is certainly the case for new French cop thriller Les Miserables. 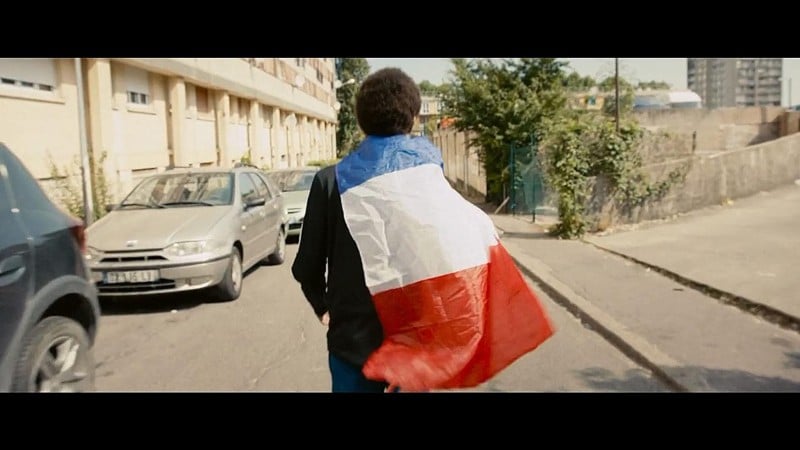 No, this isn’t another all-singing affair based on the Victor Hugo novel. Instead this Oscar-nominated film, which gets its name because it is set in the city where Hugo wrote Les Miserables, follows a special unit of police who are given the task of trying to look after the city’s underbelly, which is laced with drug dealing, racial divides and prostitution. Newcomer Stephane (Damian Bonnard – Dunkirk) is put on duty with the rough and ready Chris (Alexis Manenti – The Last Panthers) and quietly spoken local Gwada (Djebil Zonga – The Pitiful).

As his first day goes on, Stephane sees that the area is a melting pot of violence, tension and hate that is ready to explode. While he quickly begins to learn who is a member of which ‘gang’ and what their agendas are, he also soon realises that his way of policing is very different from that of the forceful Chris, but when a lion goes missing from a nearby circus and an arrest goes horribly wrong he finds himself having to work with Chris and Gwada in a bid to keep his job and freedom.

Directed by Ladj Ly (Homemade), Les Miserables shows a side of France that we regularly see on our news bulletins but rarely in cinema. There are no long lingering kisses under the Eiffel Tower or romantic dinners in Parisian restaurants here. Instead we see a France that is divided by racial and religious tensions and where young kids like Issa (newcomer Issa Perica) are quickly taught that crime is the only way to live and that the police are the enemy.

There is little wonder that the film ended up being France’s representation at this year’s Academy Awards. The film’s dialogue and cinematography gives the film a realistic feel that at times makes it feel like you are watching an episode of cops or a documentary. That naturalistic feel serves the film well and doesn’t even make you doubt the believability of the plot even when a missing lion is introduced into it.

Ly’s screenplay is also not totally black or white. Its greyness allows the audience to see and judge Chris’s rough side for themselves. At the same time it shows how the environment around him may be the reason that he has become a police officer who approaches the community the way it does. The film also allows the tension to rise throughout the film especially as you have no idea how the unpredictable Chris is going to react when his career is on the line.

The film also reveals the great acting skills of Damien Boddard, but even he is blown out of the water by the performance of Alexis Manenti as he excels playing the hot-headed Chris. His performance is equal to that of Woody Harrelson in Rampart and is easily better than Denzel Washington and Ethan Hawke in Training Day. It is a performance for the ages in a film that deserves a lot more credit than it has received.

Les Miserables is currently un-classified in Thailand, but is for adult audiences. It is currently available on a number of streaming services.