On The Road: A literary journey through travel

On The Road: A literary journey through travel

Protagonists in a state of travel has been a popular and recurring theme in the history of literature. In many of the classic novels in this genre, it is not the A-to-B journey nor resolution of the quest that is of main interest. But rather the opportunity it affords the author to study central characters in depth, exploring insights, and often iconoclastic observations within the floating world. 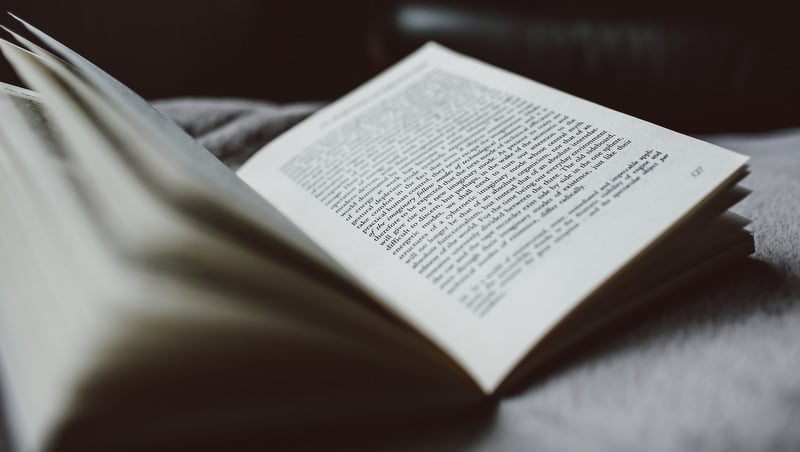 ‘Not all those who wander are lost’. Photo: James Bold

The backdrop of a journey was central to the very earliest writings, from the ancient Greek epic poems of Homer, to the first published scriptures of the Bible and the Mahayana Sutras.

Escapism and the desire to travel is certainly a handy rouse to attract an audience in the art of storytelling, but in many of the most influential works the voyage is merely the vehicle to induce the social, psychological and metaphysical themes the author is more interested in exploring.

In The Canterbury Tales by Geoffrey Chaucer, first published in 1400 and one of the best loved works in the history of English literature, the entire guise is of travelling pilgrims recounting moral stories to entertain one another whilst also expressing beliefs around religion, relationships and social class amongst the diverse topics and amusing scenarios within the 24 tales.

The collection follows the journey of a group of pilgrims, 31 including Chaucer himself, from the Tabard Inn in Southwark to St Thomas à Becket’s shrine at Canterbury Cathedral. Each of the tales is told from an omniscient third-person point of view, providing the reader with the thoughts as well as actions of the characters. The tales often relate to comic situations and verse to cheer the travelling throng.

Filth and old age, I'm sure you will agree, are powerful wardens upon chastity.

Moving right along a few hundred years, and we see the emergence of the Picaresque novel. This early form of the novel, usually a first-person narrative, relates the adventures of a rascal adventurer (In Spanish, ‘pícaro’ translates as ‘rogue’) as he drifts from place to place and from one social milieu to another in his effort to survive.

The style evolved in Renaissance Spain, and most famously Don Quixote, a novel by Miguel de Cervantes published in the early 1600s and considered to be the first modern novel, incorporated many elements of this form.

“It is very evident,” answered Don Quixote, “that thou art not versed in the business of adventures. They are giants; and if thou art afraid, get thee aside and pray, while I engage with them in fierce and unequal combat.”

From the rural countryside of Spain to the deepest rainforests of the uncharted Congo, the roaming hero is often battling their own selves, refusing to see the world for what it appears to be, ahead of an impending inevitability.

In Joseph Conrad’s novella, Heart of Darkness (1899) we follow Charles Marlow up the Congo River narrating his own voyage and fears. As he travels deeper up river on an ivory trading company excursion to an important outpost managed by a Mr Kurtz, he hears increasingly disturbing rumours about his state of mental health, being worshiped as a god by the indigenous tribes, and more sinister tales of savagery and slaughter.

The dense jungle of the Congo and the oppressive silence enhance the drama as Marlow heads onwards towards his fate.

The film buff will recognise this novella as the basis for Francis Ford Coppola’s Vietnam War classic Apocalypse Now (1979). It seems that foreign travel can get to the best of us.

“The brown current ran swiftly out of the heart of darkness, bearing us down towards the sea with twice the speed of our upward progress; and Kurtz’s life was running swiftly, too, ebbing, ebbing out of his heart into the sea of inexorable time.”

Perhaps the most famous of the 20th Century novels recounting a life in continuous travel was one born out of the Beat Generation of 1950s American. On the Road was written in just three weeks by the movement’s most predominant figure, Jack Kerouac, on a 120-foot scroll of tracing paper sheets. The novel recounts the nomadic life of its colourful cast, living life against a backdrop of jazz, poetry and drug use.

The novel is famously a roman à clef, with many key figures of the Beat movement thinly disguised in the prose, including William S. Burroughs (Old Bull Lee), Allen Ginsberg (Carlo Marx), Neal Cassady (Dean Moriarty) and Kerouac himself as the narrator Sal Paradise represented as characters in the book.

Kerouac’s autobiographical prose expresses an alternative lifestyle of freedom from societal oppression with a romantic vision, as well as a melancholic undertone, of life on the road.

“I believed in a good home, in sane and sound living, in good food, good times, work, faith and hope. I have always believed in these things. It was with some amazement that I realized I was one of the few people in the world who really believed in these things without going around making a dull middle class philosophy out of it. I was suddenly left with nothing in my hands but a handful of crazy stars.”

And those beatific words bring us up to the modern era and a final chapter closer to home.

In 1996 a young writer wished to capture his wanderlust for adventure in Thailand. The Generation X novel explored the idyllic life of a hidden community in a remote Krabi province island, only to see the exotic paradise unravel into a captive’s nightmare, like a backpacker’s Lord of the Flies.

Alex Garland’s The Beach soon became the young traveller’s bible, and the swarms of tourists to Phi Phi Island, where the movie version starring Leonardo DiCaprio was filmed, remain testament to the story’s lure. The On On Hotel in Phuket Town was also used as the location for the Khao San hostel where Richard, the central character, begins his dramatic adventure.

“This is where the hungry come to feed. For mine is the generation that travels the globe and searches for something we haven’t tried before. So never refuse an invitation, never resist the unfamiliar, never fail to be polite and never outstay the welcome. Just keep your mind open and suck in the experience – And if it hurts, you know what? It’s probably worth it.”

The central characters in these tales of travel often have more meaningful inner journeys to fulfil, and find their way to a better place through the opportunities life afford those willing to surrender to the adventure. As J.R.R. Tolkien reminds us, “Not all those who wander are lost.”