On Campus: School for Life

On Campus: School for Life

One of the three core elements of the International Baccalaureate Diploma Programme at the British International School Phuket (BISP) is creativity, activity and service, known together as CAS. The service component of CAS involves each student committing to a voluntary activity that will positively impact their community. 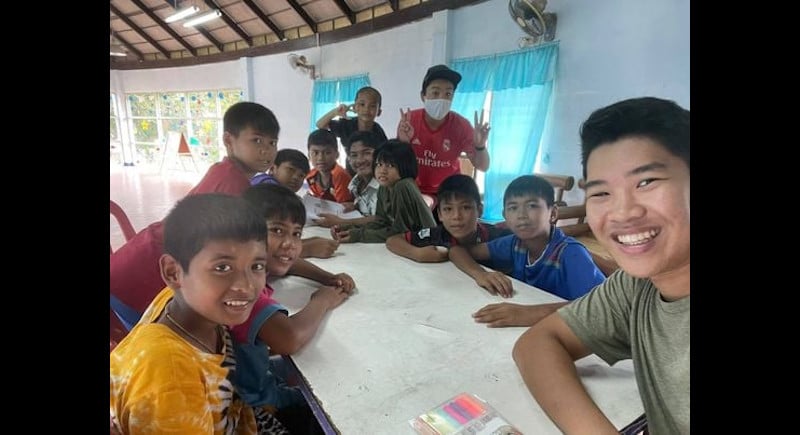 I think it’s very important for students to carry out service projects for their communities as it’s a way of showing gratitude and helping those who are less fortunate. For me, a leader should understand that everyone’s path is different, that it is his/her duty to spread love and kindness. Unlike most things in the world, the more happiness one shares, the happier one becomes.

I knew that I wanted to do my project focusing on children in need. My friend Anders suggested a school for orphans located in Phang Nga called School for Life. On my first visit to the school, I brought along my close friend Minha. Later on, my other friends Tiffany, Youn, Oak, Bank, Stamp and Mind also joined in.

I had mixed emotions upon entering School for Life; I was overwhelmed by how much land the school has and how friendly the children were. The school principal along with a group of children gave us a tour of the campus. This was when I learned about the history of this orphanage. The school used to be sponsored by a German organisation. But since its sponsorship withdrawal in 2015, the school has been struggling to survive with little to no source of income. The teachers are not fully paid, and the school lacks sufficient food and other resources to support and sustain the orphans.

A group of nine teachers has been caring for upwards of 70 children who ended up at the school due to complex family issues or trauma ‒ some lost their parents to drugs and crime, others were victims of physical and sexual abuse. As volunteers, we knew that we were dealing with fragile individuals who grew up in harsh environments.

I was determined to invest my time to help improve the children’s quality of life. We wanted to assist the school to become more self-sufficient as they mainly rely on small donations on a day-to-day basis from the people around the area. This could be done through farming and raising chickens, at which they already have some experience. Another goal I wanted to achieve was to improve the mindset of the kids by encouraging creative thinking in solving problems so that they can excel in life.

Over the past several months, I have started teaching English to the kids. Every weekend, with the help of my brother Pokpong and occasionally Mind, we can see the children’s steady progress. We laughed and played together, it’s truly remarkable to be able to spread happiness to the kids. On several occasions, we also brought in some donations from our team such as foods, toiletries and clothes.

We will continue to support the school however we can, especially during these hard times. My goal is to help heal these kids as much as possible by guiding them to become great adults in the future. Through this experience, I have learned tremendously from everyone involved as well as from the children. It is clear that some bonds forged here could last a lifetime.

Being the leader of a group is challenging. Throughout this project, I underwent various challenges along the way. I made sure that I put in as much effort as I can to set a good example for my teammates because I believe that a good leader should lead by example. The novelist Ken Kesey said it best, “You don’t lead by pointing and telling people where to go. You lead by going to that place and making a case.”

NOTE: The view and opinion expressed in this article are those of the author and do not necessarily reflect those of PSU Phuket and its employees or official policies of PSU Phuket.

Na-Siam Sa-nguannam is a Year 13 International Baccalaureate student at the British International School Phuket (BISP). This article was featured in ’The Phuket Collegiate Magazine’, the university magazine published by Milla Budiarto at PSU Phuket. For more information, visit: https://www.phuket.psu.ac.th/en/magazine or to share ideas with Milla email: magazine@phuket.psu.ac.th.