PHUKET: World-famous Maya Bay may be reopened to limited numbers of tourists in the coming months as a way to help boost tourism to the Andaman region.

tourismmarineenvironmentnatural-resources
By The Phuket News World-famous Maya Bay is now nigh pristine after two years’ of closure to any visitors. Photo: DNP

World-famous Maya Bay is now nigh pristine after two years’ of closure to any visitors. Photo: DNP 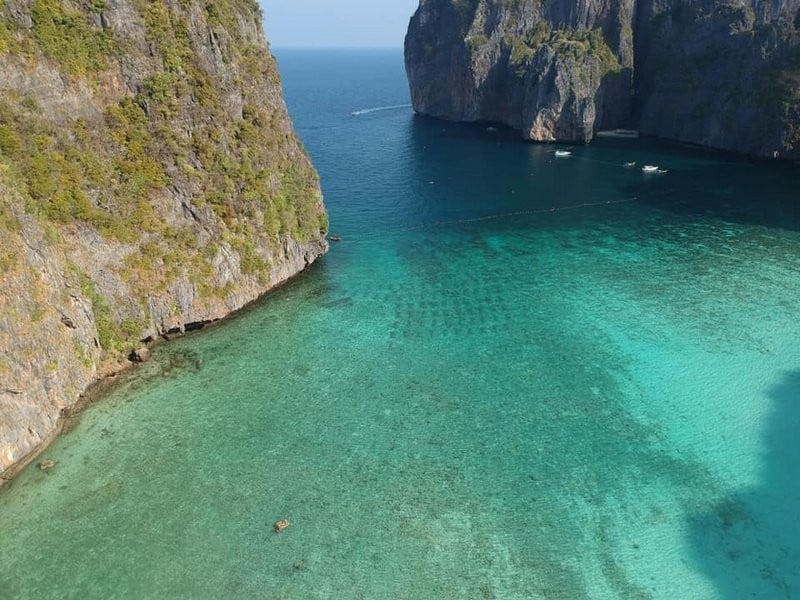 Protection of the large coral reef inside the bay is a key concern. Photo: Magnus Larsson

Boats will not be allowed near the shore. Photo: TAT The bay was closed after years of heavy ’overtourism’. Photo: Thon Thamrongnawasawat / Facebook

Natural Resources and Environment Minister Warawut Silpa-Archa on Tuesday said the bay may be reopened within six months. His announcement came during an inspection visit of the area.

Over the years, Maya Bay had become an international tourism magnet, luring visitors from all over the world who want to visit the park. The park’s popularity skyrocketed after the release of the Hollywood film The Beach, starring Leonardo DiCaprio, 20 years ago.

Mr Warawut on Tuesday explained that at this stage a pier is under construction at Loh Sama Bay, located on the other side of Phi Phi Leh island.

“This will be a new measure for traveling to Maya Bay,” he added.

A report by state news agency NNT explained that a panel of experts will first be consulted about the suitability of the plan.

The committee of experts will first be consulted on the feasibility of allowing no more than 350 people to visit the island daily and the plan to ensure no boats are anchored near the shore.

If the panel agrees, the island will be opened to tourists next year, said the report.

The news follows Mr Warawut presiding over the opening ceremony for a 360-degree viewpoint tower on nearby Koh Hong on Sunday (Nov 1).

Present to welcome the minister were Krabi Provincial Governor ML Kitibodee Pravitra, Than Bok Khorani National Park Chief Theekhawut Sriburin, and a host of other officials.