Nong Fiat: The Phuket voice being heard around the world

Nong Fiat: The Phuket voice being heard around the world

At just 13 years old, Prapapon ‘Nong Fiat’ Sreemoung is already becoming a singing sensation, impressing Thais and tourists alike on Bangla Rd in Patong and at the Lard Yai Walking Street in Phuket Town on Sundays. 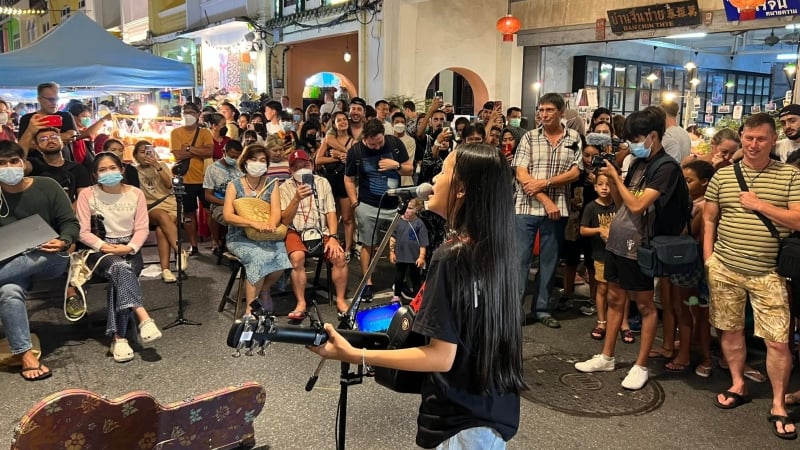 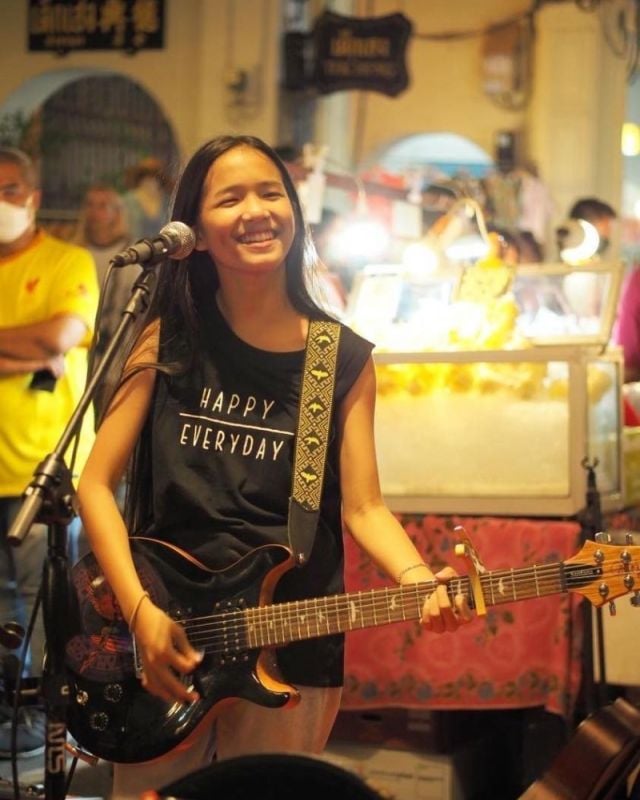 Nong Fiat with her dad. Photo: Queen on Street Nong Fiat, on her way to stardom. Photo: Queen on Street

Her online channels, under the name ‘Queen On Street’, are now becoming popular abroad, with Nong Fiat impressing people who have never even visited Phuket; her powerful voice belting out from the petite youngster with a sweet and charming smile.

Her outstanding talent saw Nong Fiat being invited to join the Young Artists For Ukraine on stage for a UNHCR project that took place in Sweden in June.

Nong Fiat gives much credit to her father, Khun Fu, who has been alongside her every step of the way for inspiration and support. He helps make every step stronger and is the most important driving force for her to take the next step towards her dream, Nong Fiat says.

Nong Fiat calls herself ‘100% Thai’. Originally from Lopburi, she moved to Phuket with her father about four years ago and is currently enrolled in Mattayom 1 at Kajonkietsuksa School in Kathu.

“At first, I didn’t like singing. I used to like listening to music more,” Nong Fiat admits. “But my father is already a singer and I always hear my father sing wherever we go. I think I gradually absorbed it from him.”

Nong Fiat started taking singing lessons at 8 years old, while she was in Prathom 3 in Bangkok, but those lessons stopped when they moved to Phuket.

Her father always accompanies Nong Fiat when she does her street performances, and often the pair perform as a duo. “My father plays the guitar, sometimes I play guitar too,” Nong Fiat adds.

Nong Fiat can also play violin. “I used to learn the violin when I was younger, but now I rarely get the chance to play it; same for the piano,” she says.

“Now I play electric guitar and I am taking more lessons on the acoustic guitar. As for singing, I am taking lessons from a Swedish singing coach, Johan Jamtberg.

“Teacher Jo has been teaching me online for two years. He Skypes me from Sweden. And when I went to perform at a concert in Sweden, Teacher Jo was the one who helped push me to make the most of my singing. He is also a producer,” Nong Fiat explains.

Nong Fiat and her father had no idea that a friend of Johan’s had seen ‒ and heard ‒ Nong Fiat singing in Patong, and told Johan that he should come and see her for himself. Johan flew out to Phuket and realised just how talented Nong Fiat was.

“We didn’t even know who he was or that he had come just to see me,” Nong Fiat says. “He came every day for 15 days to watch me sing.

“He and my father started talking and we got to know each other, then he volunteered to teach me to sing. One of the people he has coached was a world-class symphony singer,” she adds.

Nong Fiat thinks that she did very little to make herself an online star. “People just started posting online videos of me singing. Now these videos have millions of views,” she says.

She then created her own online channels on Facebook and YouTube to post videos, but it was on TikTok that her number of viewers skyrocketed into the millions within months. Her ‘Queen on Street’ TikTok channel has had 15.4mn views.

“Suddenly the videos popped up on their own. They were posted by people who had seen me sing. They took photos and shared them on TikTok,” she says.

“Our videos actually don’t do that well. In fact, we rarely post on TikTok. Most of them are posted on the Queen On Street Facebook page, which now has about 300,000 followers,” she adds.

Nong Fiat understands her age, that she is just at the beginning of her journey, and she looks forward to the next chapter in her singing career.

To this, The Phuket News wishes Nong Fiat the very best in all her future endeavours.