No gun used in teen attack in Phuket Town: Police

No gun used in teen attack in Phuket Town: Police

PHUKET: Teenagers assaulting another teen on a small backstreet in Phuket Town on Monday night (Sept 7) did not involve any firearms. Phuket City Police have confirmed. 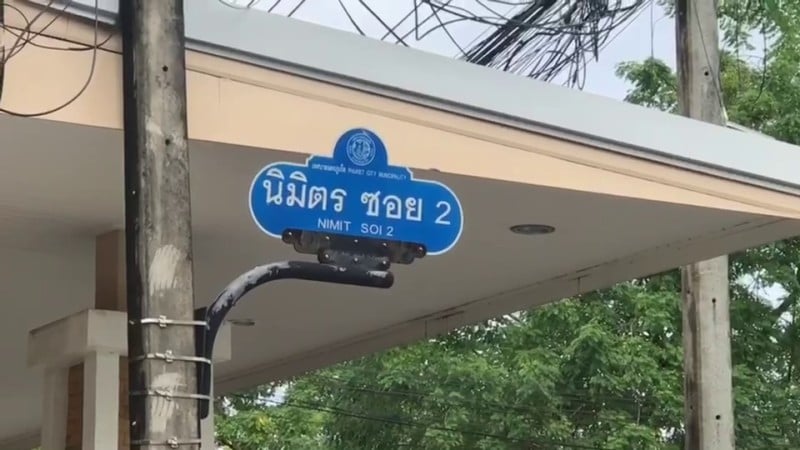 The piece of PVC pipe used in the attack. Photo: Eakkapop Thongtub at least one of the four in the attack was wearing a face mask. Photo: Eakkapop Thongtub. The attack occurred coincidentally in front of a building that is home to the ‘Sexy Nights Exclusive Club’. Photo: Eakkapop Thongtub

The incident occurred in Soi Nimit 2 at about 9pm, Phuket City Police Chief Col Theerawat Liamsuwan told the press yesterday after a video recording of the assault made national news and was played repeatedly by many Thai news agencies, including state news broadcaster MCOT.

A resident in the street video recorded the attack with a mobile phone, then called the police on the 191 hotline, Lt Col Theerwat explained.

The owner of the commercial building where the altercation took place – coincidentally in front of a building that is home to the “Sexy Nights Exclusive Club” – had explained that there are CCTV cameras fitted to the front of the building, but they have not been connected, Lt Col Theerawat continued.

The video shows four teenagers gathered in front of the building. At first the group were talking, but then several members of the group started attacking one of the four, he added.

During the attack, a sound like a gun firing could be heard when one of the attackers swings an object at the victim, who was already on the ground beside a parked car. The attackers then carried the collapsed teen into a car waiting across the street and left the scene.

Col Bandit Khaosutham, Chief of the Phuket Provincial Police Investigation Division, said that police had already tracked down the young man attacked in the incident.

“I have already found the victim in the video clip and questioned him. He explained that it was just a small argument about a woman in his gang.

“He does not want police to prosecute his friends,” he added, explaining that no charges will be pressed for the attack.

“As for the sound of the gun being fired, the sound came from a piece of PVC pipe that was used to beat him,” Col Bandit said.

From the video, the piece of PVC pipe hit the parked car beside where the victmi was sitting.