PHUKET: The Tourism Authority of Thailand Phuket office (TAT Phuket) estimates that more than 280,000 visitors arrived on the island over the New Year holidays, generating more than B6 billion for the local economy. 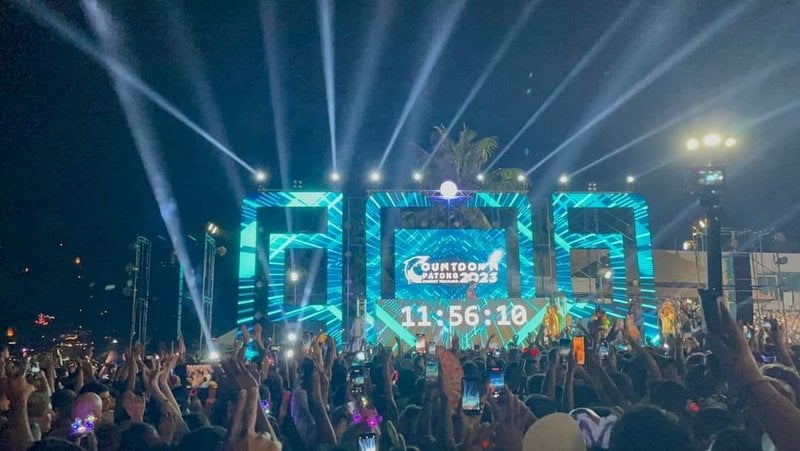 During that time 208,750 arrivals were registered as arriving via the airport, with visitors staying on average 3.06 nights, said the report.

The airport also served 247 domestic flights, or 61 flights per day, provided by six airlines, altogether bringing a total of 36,047 inbound passengers to the island, or 9,012 people per day, she said.

More flight services continued to be launched to bring tourists to Phuket, Ms Nanthasiri added, noting the launch of new flight services by Cathay Pacific and BH Air, together bringing more than 300 international arrivals for the New Year alone, commenced over the holiday weekend.

“The Tourism Authority of Thailand Phuket office expects that the New Year’s holidays for 2023, through average spending patterns, generated an estimated B6,686.16 million for the economy in Phuket,” Ms Nanthasiri said.