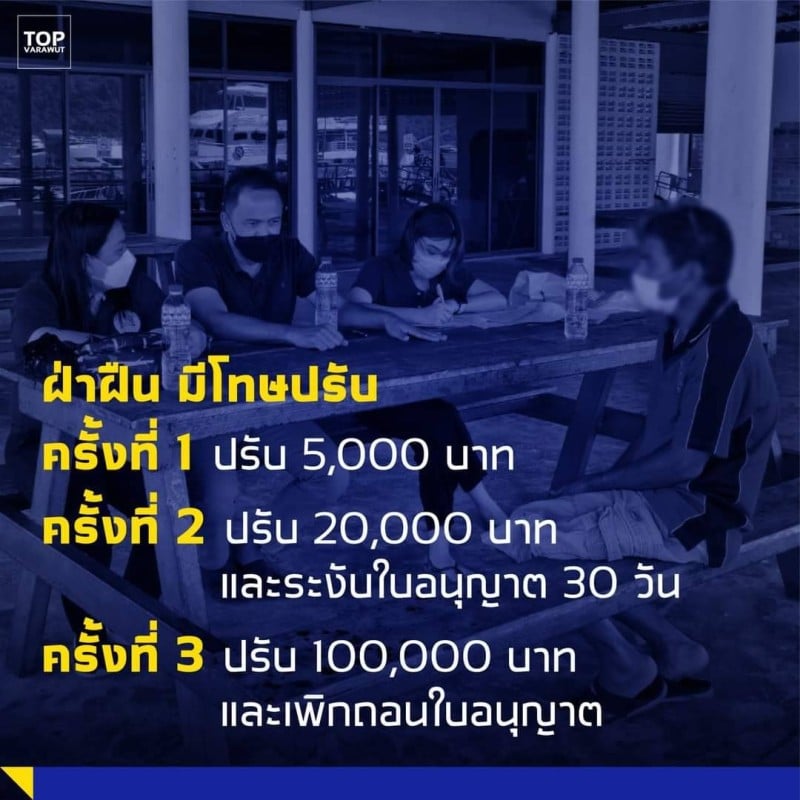 Large boats must now remain 100-200 metres from the dive site and ferry their dive tourists to the dive site itself by smaller boats.

Minister Varawut has introduced a “three strikes” system of penalties for violating the new measure.

A first offence will incur a B5,000 fine and an official warning.

A second offence will incur a B20,000 fine and the boat operator’s licence will be suspended for 30 days.

A third offense will incur a B100,000 fine and the boat operator’s license will be revoked.

In announcing the new safety rule, Mr Varawut said, “Large boats with engine power and a large propeller, in addition to disturbing the creatures that live on the coral reefs, It may also be dangerous for other divers as well.

“Therefore, I would like to inform you that all business operators will be informed, and we invite tourists to travel to scuba dive to see the beauty of the Thai sea during this New Year festival. Please help monitor the behavior of business operators too,” he added.

The move has been praised as a common sense approach to dive tour safety, removing the possibility of tourists being injured by large boat propellers, and to help protect coral reefs from environmental damage.

Kevin Lidureau of Seafarer Divers noted, “Minister Varawut is just reinforcing the IMO [International Maritime Organization] that all boats must stay at least 50 metres away from any diving activity for safety reasons.

However he added, “For the moment it is only in national parks, but it may be extended for the whole Thailand.”

“This is the best decision so far for people to enjoy safe diving while divers are on decompression stops or surfacing at the end of diving,” Mr Lidureau said.

“Using dinghies gives the chance to go to the right place for immersion for a small group of divers. With MV Andaman Seafarer we have been using dinghies, as is done at many marine national parks around the world, since 1985,” he said.

Mr Lidureau called for speedboats to also be banned from entering the area where divers are in the water.

“Speedboats with divers should be made to use dinghies or be banned from dive sites as they have two or three engines, and captains do not have a 360-degree view  around the speedboats and below the sea level,” he noted.