PHUKET: The Royal Thai Navy Third Area Command, based in Phuket, has seized an Indonesian fishing boat for illegally entering Thai economic fishing zone waters off Phuket,  using a sieve net for hauling in its catch. 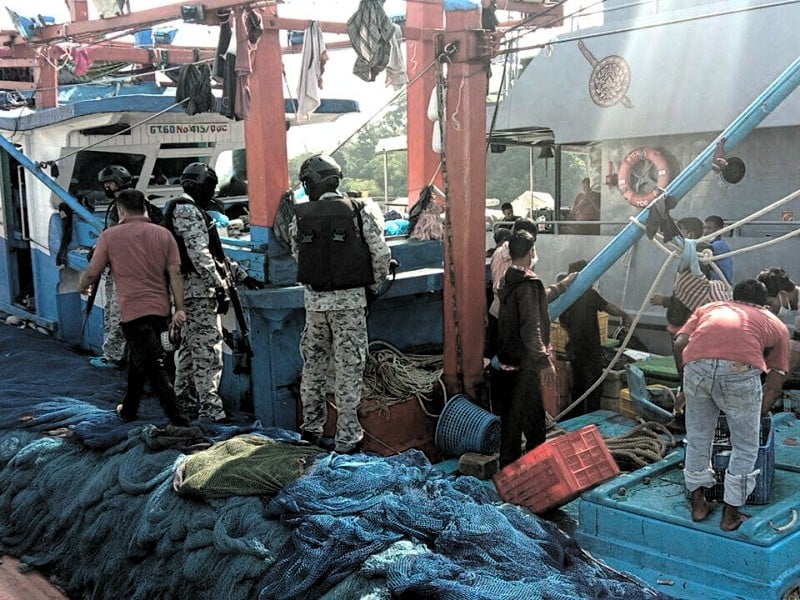 Personnel at the Navy base in Phang Nga relayed the report to the Third Area Command headquarters at Cape Panwa, Phuket, at 8:30pm that night.1

The Navy responded by dispatching Navy patrol boat Tor 994 and a reconnaissance aircraft to confirm the report.

At 6:30am yesterday (Apr 9), the aircraft patrol reported several Indonesian fishing boats were still illegally in the area, and directed the Tor 994 to intercept.

The Navy boat managed to seize one of the fishing vessels, given the name ‘KM RIZKI LAOT’, and its sieve net equipment.

The boat and all 32 people on board, all Indonesian nationals, were brought back to Phuket to face legal proceedings, the Navy confirmed.