PHUKET: The Royal Thai Navy Third Area Command dispatched a patrol boat to lend assistance to a yacht that suffered a propeller breakage and was taking on water while racing in the Phuket King’s Cup Regatta yesterday afternoon (Dec 3). 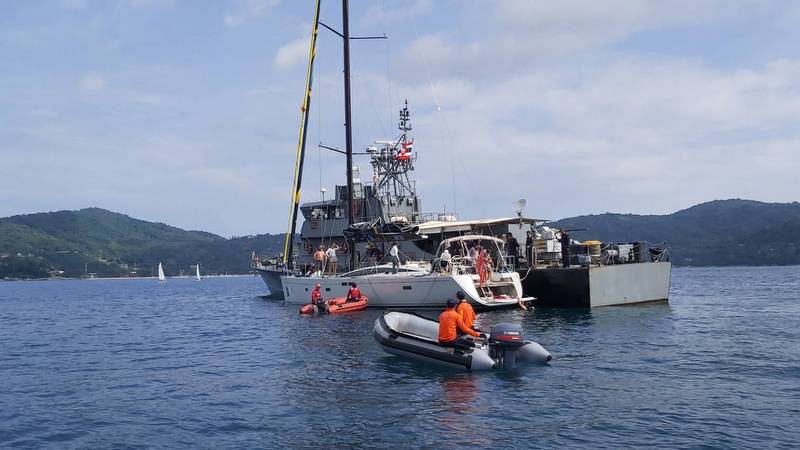 The crew of She-Ra, skippered by Lars Zika of Switzerland and racing in the Cruising Class in the 33rd Phuket King’s Cup Regatta, started the regatta slowly, finishing 12th and sixth in the class’s two races on day one of racing on Monday (Dec 2).

Race conditions saw 18 knots of wind at the start and the race took the fleet into wind against tide, leading to very bouncy conditions.

The boat’s propeller and shaft was lost after the race leading to the yacht taking on water, the Royal Thai Navy reported.

After pumping the water out, and presumably sealing the breach, the Navy vessel Tor 991 towed She-Ra to Ao Po Grand Marina on Phuket’s east coast.

With any luck repairs to She-Ra will have her racing again in time to find her fine form from yesterday’s race.

* It was later confirmed with She-Ra that the propeller was lost after the race had concluded.