religion
By The Phuket News 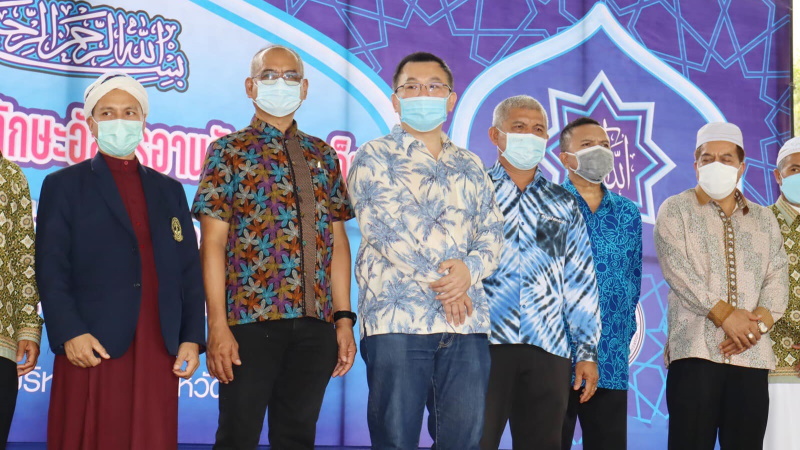 The ceremony was held on May 8 at Muslim Wittaya Phuket School with a host of PPAO officials, heads of other agencies and honorable people in attendance, the PPAO announced on its Facebook page.

The week-long Quran Skills Promotion Project will be conducted from May 7 through May 13. Some 250 participant, namely children and young people practicing Islam, will take part in the classes and listen to honored speakers with valueable expertise in related fields. Those to share their knowledge of Islam will include Panya Naknawa, Mifdol Selarat, Wannee Kerdsub, Tan Jeha, Wilai Tokhaek, Winai Pantip and Mr. Salamat Kerdsub.

“The objective of the project is to help children and adults who practice Islam to uplift their skills in reading and understanding the Holy Book correctly; encourage the young generation to learn the meaning of Quran and understand the teaching of Islam better; support the use of the religious teaching in people’s daily lives properly for harmony and peaceful coexistence in the society; take advantage of free time away from drugs,” PPAO said announcing the project.

It is estimated that 20% of Phuket’s native population are Muslims and practice Islam. There are 54 mosques across Phuket, not including other venues for prayer, to serve resident and visiting Muslims across the island.