MUAY THAI: Scores of Muay Thai enthusiasts rallied outside the Tourism and Sports Ministry yesterday (Aug 31) to pressure the government into allowing competitons of the sport to be held freely around the country. 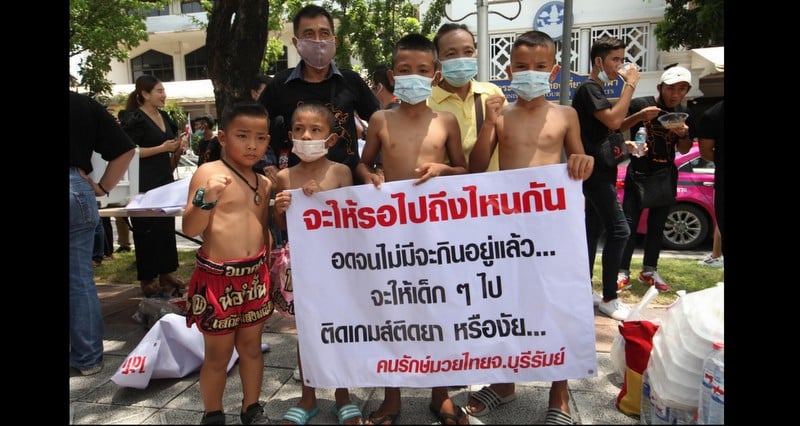 They submitted a letter to Tourism and Sports Minister Phiphat Ratchakitprakarn which was received by his secretary Khemphol Uitrakul.

The government’s Centre for COVID-19 Situation Administration (CCSA) has allowed Muay Thai fights to be organised at standard stadiums without spectators.

Nuttadej said people in Muay Thai in the provinces were suffering because there have been no competitions for months.

“We are here to request the government to ease the lockdown,” he said.

He demanded the government give a reply tomorrow.

“A lot of people are suffering. If the government remains idle, we are ready to stage more protests.”

He said people involved are willing to act according to the government’s guidelines and measures.

“We are not asking for spectators. We only want to be able to work to feed ourselves,” Nuttadej said.

Khemphol said Phiphat is aware of the problem and has set up a fund to help athletes who are affected by the COVID-19 pandemic.

“We will submit the letter to the CCSA for its consideration this week,” he said.

“We will promptly inform you when we get ‘good news’.”