PHUKET: Marine life experts took one of the dolphins found stranded on mud in Pha Khlok yesterday into care today (Jan 22), while the search continued for the smaller male dolphin believed to be the dolphin’s offspring. 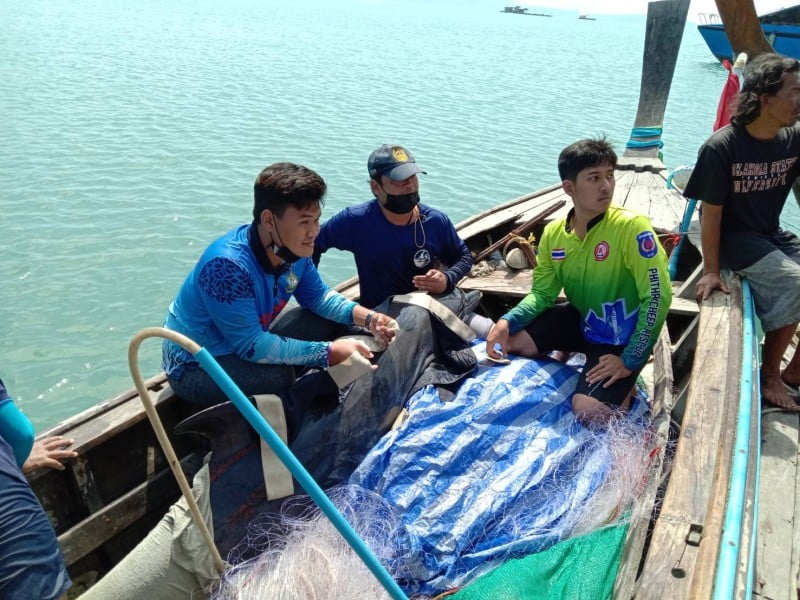 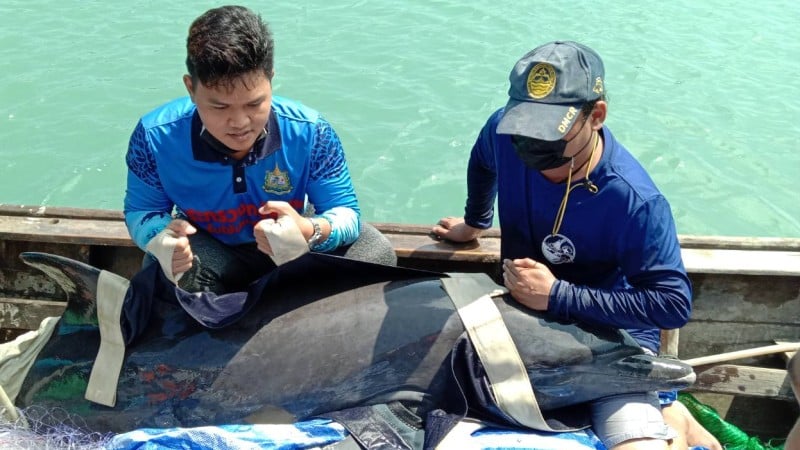 Officers of the Department of Marine and Coastal Resources (DMCR) this morning took to the water to monitor any progress made by the two dolphins after they were rescued from stranding by local villagers yesterday.

However, after two hours of searching, the marine life experts were able to find only the two-metre-long female dolphin, seemingly unwell and swimming slowly.

The smaller, one-metre-long male dolphin that the female dolphin was swimming closely alongside in Yamu Bay yesterday was nowhere to be found.

The marine biologists brought the female ashore and had her transported to the Phuket Marine Biological Centre (PMBC) for care and treatment of any illness found.

The search continues for the smaller male dolphin in the hope it can be found before it suffers drastic consequences from any illness it may be suffering.

The two dolphins were first found by local residents yesterday. The dolphins, now being called in Thai media “mother and son”, were stranded on mud amid a mangroves at Cape Yamu in Pa Khlok, on Phuket’s east coast.

The villagers helped free the two dolphins back to the bay, but the dolphins did not keep swimming out to deeper waters. Instead they kept swimming in shallow waters near the coast, prompting the villagers to call for help from the DMCR officers at the PMBC, located on Cape Panwa in Wichit.