weathertransportSafety
By The Phuket News 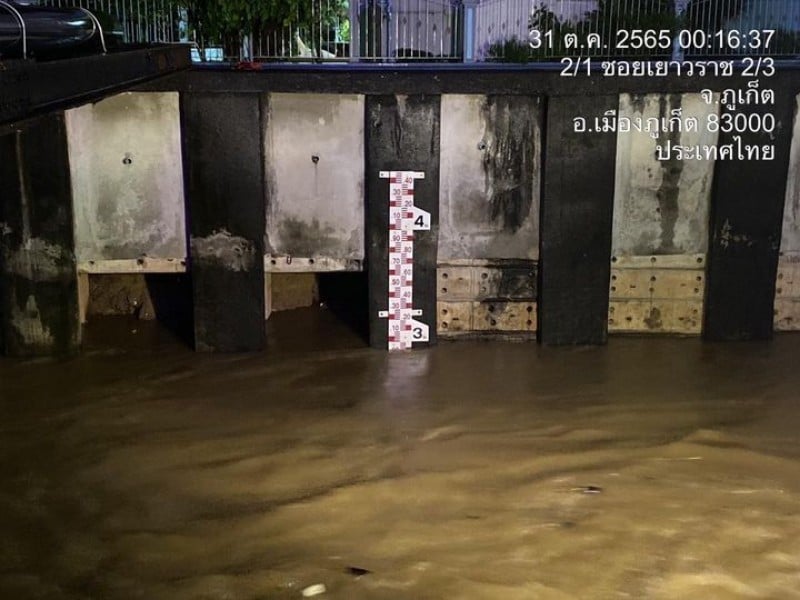 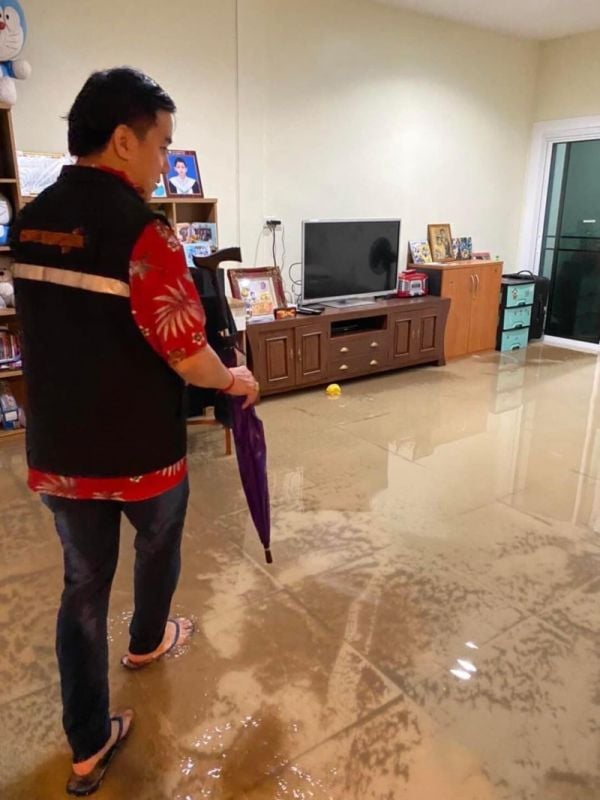 Concerns were raised as the water level in Bang Yai Canal reached the banks again, but the level stabilised and soon after the rains stopped fell to safe levels.

The Kamala-Patong Rd suffered yet another small landslide. Local municipality workers and disaster officials have been dispatched to clean up the earth spill onto the road. A power pole was felled by the slide. People were asked to prepare for surther power outages as repairs are carried out.

A small retaining wall in front of Wat Het Ho in Kathu collapsed after heavy rain on Saturday night. Workers have been dispatched to that area to clean up the debris and ensure the remainder of the retaining wall is safe.

Motorists have been asked to exercise caution when driving through both areas in Kamala and Kathu.

Officials have made no announcements regarding traffic still allowed over Patong Hill. At this stage the road remains open to motorbikes only.

People have been asked to to check with local police stations to confirm whether their lost licence plates have been found, including those lost at the Heroines Monument intersection

People who believe they lost their licence plates in the floodwaters across the road in front of Blue Tree Phuket in Cherng Talaya are asked to contact the front gate at the water park entrance.

Overcast conditions and passing thunderstorms are forecast for 60% of the area today.

There are no weather warnings for the area currently in effect. Winds are calm and waves in the area are averaging one metre high, reaching more than one metre in thundershower areas, reports the Thai Meteorological Department (TMD).

More passing thundershowers are forecast throughout the week, easing further by Thursday and Friday but returning with greater chance of thundershowers by next weekend.

The TMD on Saturday announced that Winter has officially begun, marking the beginning of colder weather across the country, especially in the North.

In the Andaman region, the announcement also marks the beginning of the northeast monsoon returning, bringing the usually clear end-of-year weather after the transition from the southwest monsoon has concluded.