PHUKET: Police are trying to track down a man who robbed a convenience store in tambon Srisoonthorn at knifepoint yesterday (Nov 24). 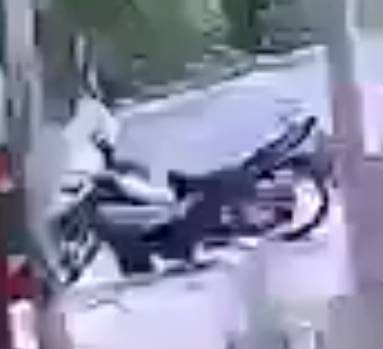 Thalang Police were called to the scene, a Baan Pon Minimart store in Baan Pon, Moo 2, Srisoonthorn, at around 6pm.

Lt Col Kraisorn Boonprasop and fellow officers arrived at the scene to find shop assistant Kanyaphat Chalothon, 55, still in a state of shock after the robbery.

Ms Kanyaphat told Thalang Police that just before 6pm a customer walked into her shop and took a bottle of M150 energy drink. The man then proceeded to the counter but instead of paying for the drink produced a ’sharp knife’ and demanded money from the counter.

Having grabbed the cash, the robber then escaped with B1,500 riding away on an unidentified black motorcycle.

The suspect was slim, about 175cm tall, dressed in all black clothes complete with a black cap and a black mask.

Police are now checking CCTV footage from the store and other cameras in the area to track down the robber and bring him to justice, Thalang Police said.

The suspect’s ’sharp knife’ was found on the ground not far from the crime scene. Police seized the blade as evidence.