PHUKET: A 28-year-old man wanted on an arrest warrant for posting a sex video of himself and his ex-girlfriend online surrendered to police yesterday (Mar 24). 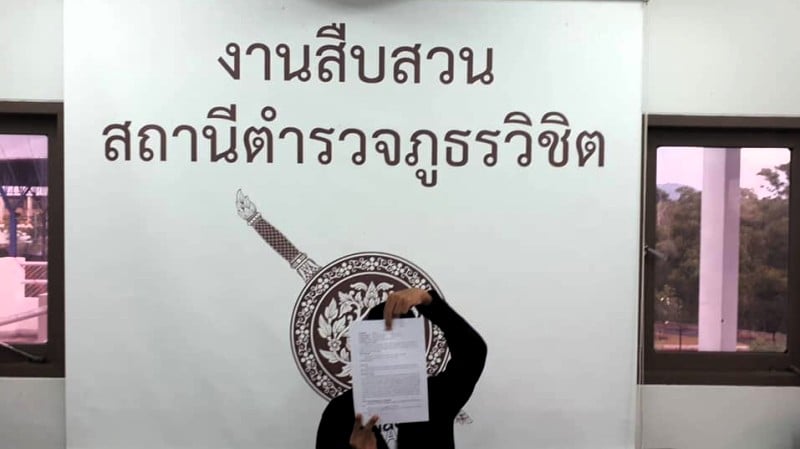 Lt Col Chatchai Chunoo of the Wichit Police explained that Narong Chuthong, 28, presented himself at Wichit Police Station at about 2:30pm.

Narong was wanted on an arrest warrant issued by the Phuket Provincial Court on Dec 9 last year for defamation of character by publication.

However, Narong was already in police custody – and later released – on Monday (Mar 22), Lt Col Chatchai said in his arrest report.

Narong had been arrested for causing damage to a police vehicle after he tried to flee a routine stop-and-search early that morning, Lt Col Chatchai explained.

Capt Thammanoon Poonsaen was on patrol on a motorbike when he saw Narong “acting suspiciously” parked in front of The Future Condominium on Chao Fa West Rd, Wichit, at about 4:40am, Lt Col Chatchai said in his report.

Mr Manop was not reported as a police officer, but no reason was given as to why he was driving a police vehicle that was on patrol.

Regardless, Lt Col Chatchai reported that Capt Thammanoon had parked his motorbike near Narong in order to examine him and search his motorbike.

Not wanting to oblige, Narong took off down the road on his motorbike.

Mr Manop followed in the police pickup truck, and swerved in front of Narong to prevent his escape.

Narong suffered minor injuries when he was unable to avoid colliding into the side of the pickup truck, Lt Col Chatchai reported.

That was on Monday.

Yesterday morning (Mar 24), police checked Narong’s criminal history and found that he was wanted on the arrest warrant issued by the Phuket Provincial Court, Lt Col Chatchai said in his report.

Wichit Police officers visited the unit at The Future Condominium that Narong had given as his address when being charged on Monday, but instead of finding Narong, they met his ex-girlfriend Chalita Sang-iad, 28.

Ms Chalita told police that Narong was no longer staying at the condo.

She also explained that she had filed a complaint at Wichit Police Station on Mar 15, after Narong had hit her and damaged her condo by spraying a fire extinguisher throughout the unit.

While police were still there, Chalita called Narong and told him to surrender to police, which he did yesterday, Lt Col Chatchai reported.

Narong confessed that he had posted online sex videos of himself and several of his ex-girlfriends, Lt Col Chatchai added.

Lt Col Chatchai did not include in his report any additional charges Narong may now face for assault of Ms Chalita.