PHUKET: A man has been charged with reckless driving causing property damage after the pickup truck he was driving slammed into the barricade protecting the Heroines Monument in Thalang early this morning (Feb 25). 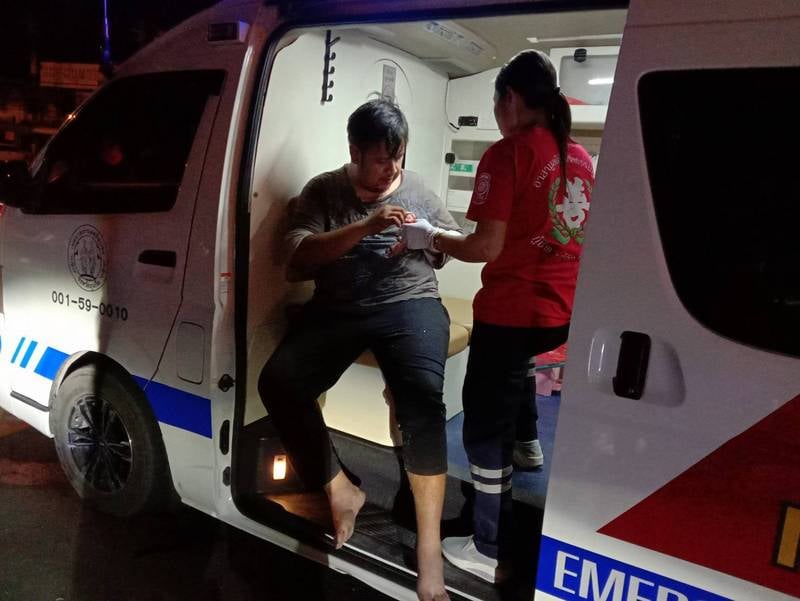 The driver, Surachai Kaewkerd, 29, from Petchabun, told police that he was returning to Phuket Town from Surat Thani when he apparently “lost control of the vehicle” and struck the bollards protecting the statues of the island’s revered Heroines.

Lt Sopanat Nayao of the Thalang Police and Kusoldharm rescue workers arrived at the scene to find the black Bangkok-registered Isuzu D-Max pickup truck with heavy damage on it side alongside the monument.

Both men were taken to Thalang Hospital for further treatment and checks to ensure the injuries were not more serious.

Police impounded the wreck as evidence and had it taken to Thalang Police Station.

Police will co-ordinate with Surachai’s vehicle insurance provider for repairs to damage done to the bollards, he added.

The initial report of the accident made no mention of whether Surcahi was tested fro drugs or alcohol, or if any investigation into how fast the pickup truck was travelling at the time of the accident.