PHUKET: Police have arrested a man in Wichit after he was found with more than 800 pills of methamphetamine (ya bah) and more than 300 grammes of crystal meth (ya ice). 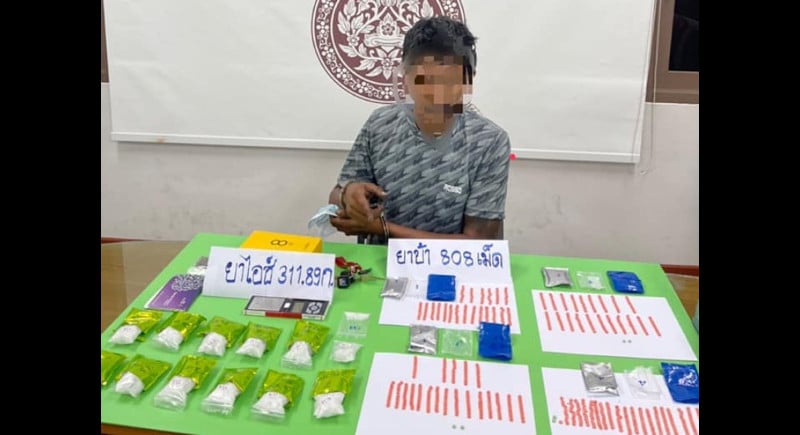 Officers from the Wichit Police investigation division arrested the man at about 4:30pm on Saturday (Dec 11), Wichit Police reported.

Despite posting publicly online the exact address in Moo 1, Wichit, where the man was arrested, police named the man in the report only as “Mr Charnwit”.

The report noted that Mr Charnwit was found in possession of 311.89 grams of crystal meth in small plastic satchels, 808 orange ya bah pills and drug-taking paraphernalia.

He was also reportedly found in possession of live bullets.

No other details of Mr Charnwit’s arrest were made available.